The secular left consists of left-wing secularists who are able to exert their influence in many countries. They support "strict government secularism".[2]

In some regions where the secular left has considerable influence, they are losing an increasing amount of their power. For example, in secular Europe right-wing nationalist political parties are growing. In addition, religious conservatives are immigrating to secular Europe in significant numbers and having more children than their secular population which is expected to increase social conservatism in Europe over time (see: Desecularization).

In China, conservative Protestantism is growing rapidly (see: Growth of Christianity in China).[3]

Beliefs of the secular left

1. They are actively opposed to any role of religion in politics or in government and so support the separation of church and state. Ironically, they are not in opposition to the religious left and don't challenge their religion yet do attack the right wing over religion..This was seen in Australia, Tony Abbott, a conservative Catholic was berated by the Secular Left present in Australia. Yet the secular left didn't condemn the Uniting Church minister from Queensland who stood as a left-wing minister.[4]

2. They also believe in forming a secular state. This would involve a state being completely neutral to all forms of religion and having no legal stance with regard to religion. France is a secular state due to the policy of laïcité[5] which is the strict separation of state from church. Despite the fact that 51% of the population are Catholic,[6] there is no legal safeguard for the religion as religion is considered an entirely private matter.

3. The third main belief is that there should be Secular education. The idea of God or religion should not be in the classroom and, as such, classroom prayer should be illegal. In Georgia, their opposition could be seen when they wanted four teachers fired and 50 students to be disciplined for holding a “prayer rally” [7]

The Barna Group found regarding atheism and morality that those who hold to the worldviews of atheism or agnosticism in America were more likely, than theists in America, to look upon the following behaviors as morally acceptable: illegal drug use; excessive drinking; sexual relationships outside of marriage; abortion; cohabitating with someone of opposite sex outside of marriage; obscene language; gambling; pornography and obscene sexual behavior; and engaging in homosexuality/bisexuality.[8]

History of the secular left

According to the University of Cambridge, historically, the "most notable spread of atheism was achieved through the success of the 1917 Russian Revolution, which brought the Marxist-Leninists to power."[9] Vitalij Lazarʹevič Ginzburg, a Soviet physicist, wrote that the "Bolshevik communists were not merely atheists but, according to Lenin's terminology, militant atheists."[10] However, prior to this, the Reign of Terror of the French Revolution established an atheist state, with the official ideology being the Cult of Reason; during this time thousands of believers were suppressed and executed by the guillotine.[11][12][13]

Vladimir Lenin wrote: "A Marxist must be a materialist, i. e., an enemy of religion, but a dialectical materialist, i. e., one who treats the struggle against religion not in an abstract way, not on the basis of remote, purely theoretical, never varying preaching, but in a concrete way, on the basis of the class struggle which is going on in practice and is educating the masses more and better than anything else could."[14]

Influence of the secular left in America

In 2017, the American atheist PZ Myers, quoting fellow leftist Alex Nichols, wrote: "...the growing popularity of jibes associating outspoken atheists with fedoras, neckbeards, and virginity, led to an exodus of liberals and leftists from the “atheist” tent. Those who remained for the most part lacked in social skills and self-awareness, and the results were disastrous."[16]

On the other hand, Harvard University historian Niall Ferguson declared: "Through a mixture of hard work and thrift the Protestant societies of the North and West Atlantic achieved the most rapid economic growth in history."[21] In China, the growth in religion has accompanied China's fast economic growth over the last twenty years.[22] Christianity is seeing rapid growth in China and the historian Niall Ferguson attributes this recent economic growth to the Protestant work ethic being more incorporated into Chinese society.[23] See also: Protestant work ethic and Growth of Christianity in China

Political weakness of the secular left in the United States

See also: Political weakness of the secular left in the United States

John J. DiIulio, Jr., Professor of Politics, Religion, and Civil Society at the University of Pennsylvania, wrote in the Claremont Review of Books about the political weakness of the secular left in the United States:

With the atheist population the secular right has been growing and this is partly due to the growth of the alt-right movement (see also: Atheism and the alt-right).

This has contributed to infighting within the atheist movement (see: Western atheism, schisms and political polarization and Atheist factions).

Secular leftism is declining in the 21st century

Although the secular left has made some significant recent gains in the culture war (for example, the legalization of homosexual marriages in many Western nations), the historian Martin Van Crevel points out that sovereign states are losing power/influence due to technology democratizing access to information, welfare states increasingly failing, fourth-generation warfare being waged against countries and sovereign states increasingly losing their ability to maintain internal order.[30]

Decline of the secular left and demography and religious immigration

Eric Kaufmann, a professor at Birkbeck College, University of London, using a wealth of demographic studies, argues that there will be a significant decline of global atheism in the 21st century which will impact the Western World.[33]

Kaufmann told a secular audience in Australia: "The trends that are happening worldwide inevitably in an age of globalization are going to affect us."[35]

Decline of the secular left in Europe in the 21st century

In June 2014, Forbes reported that it is undeniable that politically right wing parties are ascendant in Europe.[36]

In 2010, Kaufmann reported that the rate of secularisation flattened to zero in most of Protestant Europe and France.[37]

Ideological dogmatism of the secular left in Western World

Ironically, the leading communist country in the world, communist China, has moved farther away from communism and now has a mixed economy of capitalism and state owned enterprises.[41]

Also, atheists rarely focuses on the issue of social Darwinism in their communities past and often takes offense when biblical creationists bring this matter up.[44][45]

Atheists and the issue of honesty 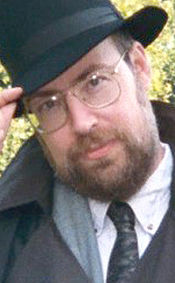 See also: Atheism is a religion and American atheism