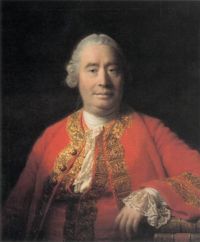 In the United States, atheists are a small faction of the political right.[2] Since the 1960s/1970s, there was a significant trend of religious conservatives becoming Republicans.[3] But the secular right is growing in the United States and this is partly due to the alt-right movement.

As far as politically center of right atheists/agnostics, there is a stronger wing of the right of center politics in the United Kingdom, with famous adherents such as David Hume and Reginald Johnston,[4] and Tory MP Michael Portillo.

In South Korea, the Head of the conservative party was an atheist while he was running against a Roman Catholic liberal.[5]

According to the Murray N. Rothbard, who writes for the Ludwig von Mises Institute, most libertarians at the present time are atheists.[6] Ayn Rand was a libertarian and atheist.

Both Ron Paul and Rand Paul are religious libertarians.

Agnosticism, atheism and the alt-right

See also: Atheism and the alt-right

In the Western World whites and males are both majorities within the atheist population (see: Demographics of atheism and Western atheism and race and Atheism and women).

The alt-right leader Richard Spencer is an atheist who calls himself a "cultural Christian".[9]