The Cultural Revolution was a disastrous leftwing attempt to reform the economics, education, and politics of Communist China, which led to the deaths of tens of millions of people. The upheaval began in August 1966 by Chinese Communist Party Chairman Mao Zedong, amid his paranoia that career politicians were taking over the communist party.

In the early 1960s, State President Liu Shaoqi and his protégé, Party General Secretary Deng Xiaoping, took over direction of the party and adopted pragmatic economic policies at odds with Mao's revolutionary vision. Dissatisfied with China's new direction and his own reduced authority, Party Chairman Mao launched a massive political attack on Liu, Deng, and other pragmatists in the spring of 1966. The new movement, the "Great Proletarian Cultural Revolution," was unprecedented in communist history. For the first time, a section of the Chinese communist leadership sought to rally popular opposition against another leadership group. China was set on a course of political and social anarchy that lasted the better part of a decade.

In the early stages of the Cultural Revolution, Mao and his "closest comrade in arms," National Defense Minister Lin Biao, charged Liu, Deng, and other top party leaders with dragging China back toward capitalism. Radical youth organizations, called Red Guards, attacked party and state organizations at all levels, seeking out leaders who would not bend to the radical wind.

Mao's objective was to replace leaders with people who would think like him and be supportive of him as Chairmen, make the Chinese Communist Party function the way he wanted, give the Chinese youth a revolutionary experience, and make changes so that education, health care, and cultural systems would be for the entirety of China and not just for the elite. In order to do this, he began to establish a cult towards himself. His party would be forced to support him as he had little patience for opponents during what he believed to be the pinnacle point of China's future as a communist state. He quickly began a system of purges to cleanse of any unwanted opposition toward him or to the gang of four, especially after he was embarrassed with the part rejecting his great leap forward policies[1]

Mao Zedong wanted the Cultural Revolution to affect everyone in China. Ordinary people perceived to be members of the "Five Black Categories" were targeted as well as their children. The Five Black Categories were Landlords, so-called "Rich farmers", anti-communists or counter-revolutionaries, "Bad-influencers" or "bad elements", and Rightists. The Black Book of Communism reports, 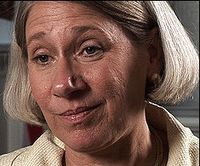 In August 1966 all schools were closed. During this time Mao told the Red Guards to question things that traditionally had great value and importance, and question the activities of government officials by slighting them in a way that was visible to all. The party itself was also purged:

Gradually, Red Guard and other radical activity subsided, and the Chinese political situation stabilized along complex factional lines. The leadership conflict came to a head in September 1971, when Party Vice Chairman and Defense Minister Lin Biao reportedly tried to stage a coup against Mao; Lin Biao later died in a plane crash in Mongolia.

Cancel culture and public shaming was reserved for the enemies of socialism who survived the Cultural Revolution.

Mao's regime imposed strict controls over everyday life and cost the lives of tens of millions of people. The Cultural Revolution of 1966-76 was inspired by Mao and devastated the intellectual class. Tens of thousands of intellectuals and teachers were educators were insulted, tortured, driven to suicide or executed by their students. Mobilized as members of the Red Guards, a new youth organization, the students attacked the educators as "capitalist intellectuals." From 1967 to 1978, the state "send-down" (rustication) policy 17 million urban youth to live and work in rural areas, with a permanent negative impact on their intellectual development and careers.[6]

The upheaval was not limited to the cities. Maoist political ideology and teachings provided the catalyst for village conflicts that brought out traditional grievances and further escalated the conflicts. Some of the catalysts were student activists carrying out Mao's teachings, factional disputes, and the Four Clean-up campaigns that purged village officials and corruption. These conflicts spread to traditional grievances like lineage and hamlet hostilities and disputes over leadership and rights. Often, the conflicts caused by Party politics intersected traditional conflicts to the extent that the root causes of the conflicts were lost. This resulted in further escalation of the conflicts, which became more complex and widespread.

In rural China an estimated 750,000 to 1.5 million people were killed, and about as many permanently injured; 36 million who suffered some form of political persecution. The vast majority of these casualties occurred from 1968 to 1971, after the end of the period of popular rebellion and factional conflict and the establishment of provisional organs of local state power.[7]

Mao's policies were illustrated in posters that used art for political purposes. The posters glorified Mao, criticized his opponents, urged cooperation among all revolutionary groups, and condemned capitalism and foreign imperialists.[8] Major leadership changes and purges occurred at the top, involving Lin Biao, the Gang of Four, and Deng Xiaoping.

According to Prof. R. J. Rummel of the University of Hawaii, 7,731,000 people died in the Cultural Revolution.[10] Others place estimates as high as 20 million. Incidents of cannibalism were also reported. Mssacres were mainly led by the local Communist Party branches, governmental agencies, the militia, and military.