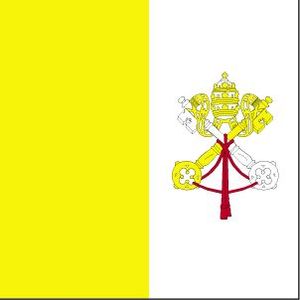 The Holy See, from the Latin Sancta Sedes, Holy Chair, is the see of the Pope, the bishop of Rome. It is the central government of the Catholic Church (The authority, jurisdiction, and governmental functions associated with the papacy).

The Pope governs the Catholic Church through the Roman Curia. The Holy See maintains formal diplomatic relations with 175 sovereign states, the European Union, and the Sovereign Military Order of Malta. Also there are special relations with Russian Federation, (Mission with an Ambassador) and the Palestine Liberation Organization (PLO), (Office with a Director).

Among others The Holy See is also a permanent observer of the following groups:

The Roman Curia is considered to be where the Pope is, with the Chancery, Tribunals, and officials whom he employs in the Government of the Catholic Church.

In exercising supreme, full, and immediate power in the universal Church, the Roman pontiff makes use of the departments of the Roman Curia which, therefore, perform their duties in his name and with his authority for the good of the churches and in the service of the sacred pastors. CHRISTUS DOMINUS, 9. [1]

One of the major Curial institutions is the Congregation for the Doctrine of the Faith, which oversees Catholic church doctrine.

The visitors to Rome, who pose for a photograph in front of the Swiss soldiers on guard at the gates of Vatican City, are familiar with the history of these troops who take an oath of loyalty to the Pope. The Swiss Guards' official date of birth is January 22, 1506.

Every day they are engaged in mounting guard at the entrances to the Apostolic Palace and in the Sistine Chapel. However, the most important meeting is the one which takes place in the Vatican every year on May 6, on the occasion of the "Swearing in" of the new recruits.