Johan Barthold Jongkind (Lattrop, Netherlands, 1819 – La Côte-Saint-André, France, 1891) was a Dutch painter and printmaker. He attended the Academie voor Beeldende Kunsten in The Hague. Jongkind is considered a precursor of Impressionism whose watercolors influenced Eugene Boudin and Claude Monet, and is known as "the painter of Honfleur and Paris streets". He contributed to make watercoloring an art by itself. Jongkind spent most of his life in Paris where he established ties with painters of the Barbizon School. He began to exhibit at the Salon in 1848 and took part in the Exposition Universelle in 1855. He also exhibit at the Salon des Refusés.

One of the best landscape artists of the mid-19th century, the Dutch painter and etcher Johan Barthold Jongkind was a highly influential pioneer of Impressionism, whose landscapes - notably atmospheric river and coastal scenes - had a major impact on his younger contemporaries. [1]

In 1862, Claude Monet (then 22 years old), Eugène Boudin and Johan Barthold Jongkind, who work together on the coast, begin to completely paint outdoors. [2]

Painting outdoors (en plein air), directly from nature, later became an important practice of the landscape work of the Impressionists. 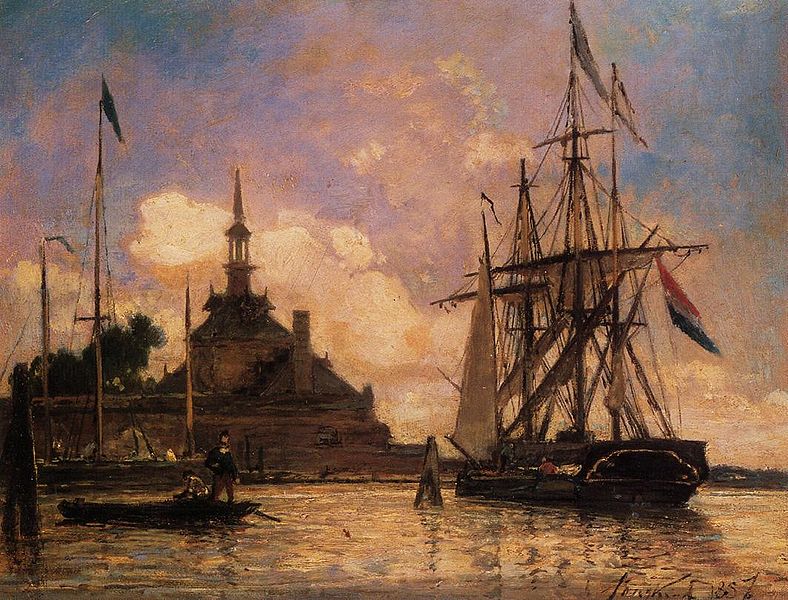 The Beach at Sainte-Adresse, watercolor, 1863.