The Victorian era was a golden age for sculpture. Sculpture could be found everywhere in Victorian Britain: in galleries, museums, and great exhibitions; in homes, parks, gardens and city squares. [1]

As Britain became the first urban and industrial nation in the Victorian era, it witnessed a boom in sculpture with the development of new markets, forms of patronage and sites for display. Professor Hatt, from Warwick’s Department of History of Art, said: “During the reign of Queen Victoria, public monuments were raised across Britain and its empire, while ambitious sculptural programmes were commissioned for public institutions. Exhibition spectaculars, such as the Crystal Palace at Sydenham, brought thousands of sculptural objects before audiences of millions.” [2]

Though the Victorian Era of art began with a return to the classic realism which was popular during the height of ancient Roman and Greek societies, the many technological advances made during that time caused changes in the way scientists, artists and the public viewed art and aesthetics. [3] 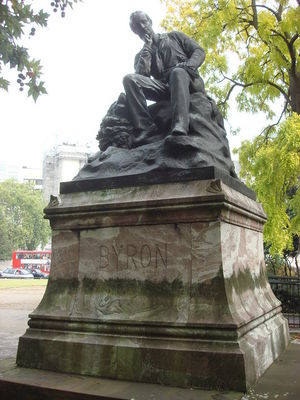 Victoria Memorial by Thomas Brock, unveiled on 16 May 1911.