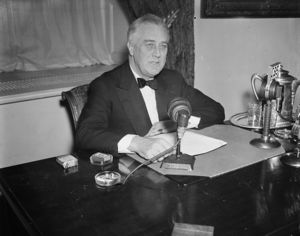 According to the Heritage Foundation,[3] the Second Bill of Rights represents "a broad vision of the role of government in making lives more secure through expanded government programs". Each proposal is tailored to appeal to different segments of the nation in different ways and produce different beneficiaries, but the actual beneficiary is Big Government.

The Second Bill of Rights is aimed at eight general items:

All of these items, when explored, guarantee unprecedented powers to the Federal Government.