Sendai (仙台) is a city in the Japanese Honshu island. It is the capital city of Miyagi Prefecture. On March 11, 2011, Sendai suffered a catastrophic damage from a magnitude 9.0 offshore earthquake and the 10-meter (33-foot) high tsunami's waves. The epicenter was 130 kilometers (80 miles) east of Sendai, and 373 kilometers (231 miles) northeast of Tokyo. According to the U.S. Geological Survey (USGS), the earthquake occurred at a depth of 24.4 kilometers (15.2 miles) beneath the seafloor.[1] In August 2005 a powerful earthquake with a magnitude of 7.2 had hit also Japan's north-east coast.

A massive 8.9-magnitude earthquake and several powerful aftershocks struck the eastern coast of Japan on March 11, 2011 (12:46 a.m. in Washington), triggering a tsunami that devastated the coastline north of Tokyo with waves up to 10 meters (33 ft.) high. The earthquake epicenter was in the western Pacific Ocean, 130 kilometers east of Sendai. [2] 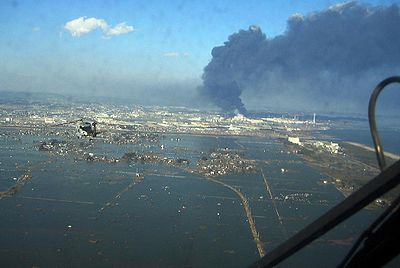 Sendai has a population of one million, it is the political and economic center of Japan's Tohoku (northeast) Region.

Sendai is known as "The City of Trees." The main streets, Aoba-dori and Jozenji-dori, are lined with rows of beautiful zelkova trees, The Christmas illumination, the "Sendai Pageant of Starlight" is spectacular, not to mention the beauty of fresh verdure in spring and the scarlet-tinged leaves in autumn. Ichiban-cho-dori Street, which crosses Chuo-dori Street and runs parallel to Aoba-dori Street, is a shopping area. A local market, with many smaller stores is lining the side streets. [3] Sendai is known for having the largest tanabata festival in the world.