I am declaring you an honourary WikiGnome for all your efforts in doing the fiddly things no-one else seems to do. --KotomiTohayougozaimasu 12:51, 4 January 2009 (EST) 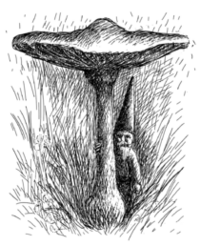 Thanks! And congratulations to you on your well-deserved promotion - Conservapedia will benefit enormously from your extra powers.--CPalmer 13:23, 4 January 2009 (EST)

Thank you! Please yell if there is some way I can put these mysterious new powers to use helping you out. --KotomiTohayougozaimasu 13:28, 4 January 2009 (EST)

Just that in articles that have a <ref> tag but not a <references/> tag, you get a big red error message at the bottom of the page. I've come across a few of these by chance, but I was wondering whether there was a more systematic way to find and fix them (I also queried it at User Talk:EdBot).--CPalmer 09:41, 19 January 2009 (EST)

No problem Mike. For the benefit of anyone else reading this, I'm going to make an example at User:CPalmer/Missingrefs.--CPalmer 09:49, 19 January 2009 (EST)

Found a list! This Google search brings up several pages of them. Perhaps someone with some spare time might offer their services?--CPalmer 09:56, 19 January 2009 (EST)

I have had a look at a few of those on the Google list and it seems as if it is a bigger problem. Most of those seem to be named reference tags, with no original reference linked to them. Tricky. --KotomiTnandeyanen? 13:29, 19 January 2009 (EST)

Thanks for the heads-up

The trouble is, now that all those pages have been deleted my super-exciting edit comments are lost forever.--CPalmer 10:51, 10 February 2009 (EST)

Economic History as the category, and not International Trade, or trade of some sort? Did you check with Wesley, me or anyone else? --₮K/Admin/Talk 16:48, 10 February 2009 (EST)

Good point - I've re-added the category, and integrated it into the existing categories. (I removed it because it was a red link with no other articles in it, so not very useful as it stood.)--CPalmer 10:27, 11 February 2009 (EST)

Thanks for pointing that out. It was something I forgot to do after the crash. It's working correctly now. CPWebmaster 17:03, 19 February 2009 (EST)

I have been reading your interesting essay and it's responses and thought I would add a little trivia to the mix. Ironically, being Christian, but still being influenced by the family's Shinto/Buddhist beliefs, I have 3 hells to choose from - the Christian Hell; Buddhist Naraku (much like the Greek Hades) and Jigoku (derived from the Chinese Diyu). Actually - compare Diyu to the Hell of Dante's Inferno - might make interesting reading.

Another interest point, is that while the Greeks believed the River Styx separated earth from the underworld, Japanese believe they cross the River Sanzu and are even buried with 6 coins to pay the ferryman. Strange that 2 such different cultures should have such similar beliefs. --KotomiTnandeyanen? 06:40, 21 February 2009 (EST)

Thanks for this - I know nothing about Chinese or Japanese thought in these areas so your angle on it is much appreciated.. I will certainly read up on Diyu when I have a moment!--CPalmer 13:02, 21 February 2009 (EST)

Well done for The Divine Comedy making featured article. Certainly one of the most deserving candidates. Keep up the great work. --KotomiTnandeyanen? 07:23, 22 February 2009 (EST)

Cheers! Good to know there's another Classicist on CP. I'm still getting used to editing!—The preceding unsigned comment was added by LewisNewburn (talk)

Thanks for the typos

Thanks for the typos correction! In another story, I don't suppose you have block rights for that Badger fellow? He's spouting foolish (albeit interesting) rubbish about a text book being commie propaganda. ETrundel 14:54, 4 March 2009 (EST)

No problem about the typos, E. As for the Badger, I see the moment is long gone, but for future reference I only have the basic rights that you have.--CPalmer 07:10, 5 March 2009 (EST)

I didn't accuse you of last wordism.

I accused TK of last wordism. That is not "last wordism" as TK is quite capable of responding, unlike the target of his post who he has blocked. JKirby 12:11, 30 April 2009 (EDT)

I know all that, I just didn't want to get into an edit war with you. You shouldn't really remove admin posts from talk pages without their consent; I believe policy dictates that the whole page will be deleted soon anyway.--CPalmer 12:13, 30 April 2009 (EDT)