From Conservapedia
(Redirected from Yosemite)
Jump to: navigation, search 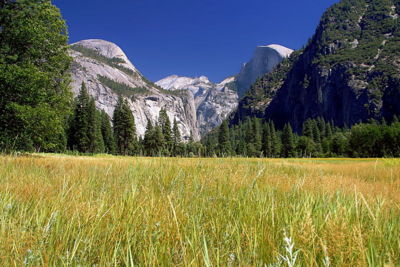 Half Dome in Yosemite National Park

Yosemite National Park, one of the first wilderness parks in the United States, is best known for its waterfalls, but within its nearly 1,200 square miles, you can find deep valleys, grand meadows, ancient giant sequoias, a vast wilderness area, and much more.