Academic Art (Art Pompier) in painting and sculpture is that art produced with a polished style, using mythological, historical or oriental subjects. It is applied to those artworks influenced by the standards of, especially, the French Académie des Beaux-Arts (Academy of Fine Arts) and the 19th century Paris "Salons"; it is also called Academism, and academic painting or academic sculpture for the art and artists influenced by this standards or accepted ideal forms. A canon, traditionally accepted by Western scholars, has had the most important and influential shaping in this movement. It is associated with Neoclassical Art.

Academic Art was in fashion in Europe from the 17th to the 19th century. Those who practiced under the movements of Neoclassicism and Romanticism, were usually referred as academic artists, in the attempt to synthesize their styles. [1] 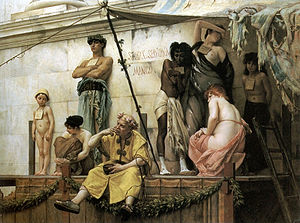