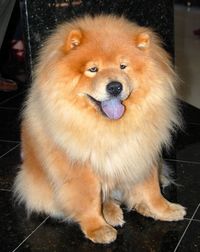 Each year thousands of dogs are stolen in China and as many as 20 million dogs are killed in China to satisfy the dog meat industry.[1]

According to ABC News, gruesome techniques are used in Chinese dog slaughterhouses.[2]

China has the world's largest atheist population.[3] It also has state atheism (See: China and atheism).

Most atheists in the world are East Asian (see: Asian atheism).

Animal cruelty is the abuse of animals, whether land creatures, sea creatures, birds, or insects. While God gave humans dominion over animals, He still wanted us to protect them in addition to making use of them. Many practitioners of animal cruelty are also corrupt officials, child abusers, domestic abusers, or other people obsessed with power. It can be seen as liberal hypocrisy as they often blame animal cruelty on Christianity and conservatives, yet many school shooters and serial killers (a lot of whom are liberals or atheists) have been known to abuse animals, often prior to killing humans. Additionally, many violent protests done by liberals have endangered the lives of animals (such as dogs, cats, squirrels, and certain bird species), as well as humans. On top of all that, in Ancient Egypt, Ancient Greece, Ancient Rome, Germanic tribes, and even satanic cults, animals have been killed in very inhumane ways as part of a sacrifice to pagan gods, or to Satan. In November 2019, President Trump signed into law the Preventing Animal Cruelty and Torture (PACT) Act, which had already passed both the House and the Senate, making animal cruelty a federal offense. This was on the same day Trump had welcomed "Conan," a dog which was wounded during the raid on ISIS leader Abu Bhakr Al-Baghdadi, into the White House.[1]

Below are some articles related to atheism and animal abuse: