Moshe Avarick, in his article The Judeo-Christian Atheist, writes about atheists Greg Epstein and Bart Campolo:

See also: Protestant cultural legacies and Protestant Ethic and the Spirit of Capitalism and Atheism and sloth The atheist and Harvard University historian Niall Ferguson declared: "Through a mixture of hard work and thrift the Protestant societies of the North and West Atlantic achieved the most rapid economic growth in history."[7]

Harvard University historian Niall Ferguson declared: "Through a mixture of hard work and thrift the Protestant societies of the North and West Atlantic achieved the most rapid economic growth in history."[8](Ferguson is an atheist.[9])

Europe is more irreligious than most portions of the word (see: Secular Europe).

However, due to the history of the Protestant Reformation, significant Protestant populations can be found in Denmark, Estonia, Finland, the northern part of Germany, Iceland, Latvia, Norway, Sweden, the United Kingdom, and the east, north and west of Switzerland.[10]

Furthermore, one has to look how atheism affects a culture and other relevant statistics related to atheism related to the social sciences (see: Atheism and culture and Atheism statistics).

See also: Protestant Ethic and the Spirit of Capitalism and Atheism and sloth and Christianity statistics

Harvard University historian Niall Ferguson declared: "Through a mixture of hard work and thrift the Protestant societies of the North and West Atlantic achieved the most rapid economic growth in history."[12]

Eurozone crisis and countries with a cultural legacy of Protestantism

A 2011 Telegraph article said about the Eurozone Crisis: "Either way, not a single Protestant or Germanic EU country has so far needed a bailout."[15] 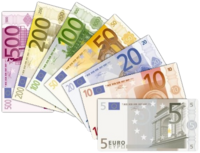 Although European countries have a cultural legacy of Christianity, the results of its present-day irreligiosity has not been without ill effects.

The Eurozone crisis is an ongoing economic crisis which has been negatively affecting Eurozone countries since late 2009. It consists of a sovereign debt crisis, a banking crisis and an economic growth and competitiveness crisis.

Western Europeans work less hours than Americans and workers in many other countries.[16][17][18] Commenting on this matter, Niall Ferguson wrote a 2004 article published in The Telegraph entitled, "The atheist sloth ethic, or why Europeans don't believe in work".[19] See: Atheism and sloth

In addition, one the significant causes of Europe's economic stagnation is an aging population and the low fertility rates in many European countries.[22]

The regions of secular Europe which are performing better than the rest of Europe often have a cultural legacy of the Protestant work ethic. For example, a 2011 Telegraph article noted: "Either way, not a single Protestant or Germanic EU country has so far needed a bailout."[23] The Protestant Reformation started in Germany and Germany has one of the strongest economies of Europe.

Although the United States with its tradition of religious freedom and a strong work ethic has experienced high levels of prosperity and religiosity, often prosperity is inversely proportional to religious belief due to men's arrogance when they become wealthier.[25][26] Vox Day has pointed out that arrogant and godless nations have often eventually experienced significant hardships [27] Economic and societal instability is positively correlated to greater religiosity.[28] Economic/societal instability in Europe could cause Europe to become more religious.[29][30][31] According to Slate, "Protestant Christianity has been the fastest growing religion in China."[34] Evangelical Christianity is especially growing sharply in China.[35]

Japan is one of the most atheistic countries in the world.[37][38]

Scholars in the Weberian tradition have argued that a Protestant-like work ethic found in traditional Japanese religions provided a motivational force in the early stage of Japanese industrialization during the Meiji era. Such an argument is misleading in several respects. No clear evidence indicates that the work ethic is found in traditional Japanese religions. Moreover, an assumption that religion guided the direction of economic development in Japan is more apparent than real. The Japanese business elite borrowed their work ethic from Europe, just as they borrowed the modern European technology.[39][40]

American business/work/cultural practices also had an influence on Japan and the work of the management consultant William Edwards Deming has a significant influence on post World War II Japan.[41]

Christian influence is expected to grow in time as can be seen via reading the articles below: