In Greek mythology, Atlas (Mountain god) was the son of Iapetus, an old Titan and Clymene, a Nymph. He was the brother of Menoetius, Prometheus and Epimetheus.

Unlike his brothers Prometheus and Epimetheus, Atlas fought with the other Titans supporting Cronus against Zeus. Due to Cronus's advance age Atlas lead the Titan's in battle. As a result, he was singled out by Zeus for a special punishment and made to hold up the world on his back.[1]

Before his condemnation by Zeus, Atlas married Pleione, daughter of Oceanus and Tethys. He was the father of seven daughters known as the Pleiades: Electra, Tayete, Maia, Celaeno, Alcyone, Asterope and Merope.

The main source of this mythology is: Hesiod's Theogony, Greek Epic C 8th-7th BC, a poem describing the origins of the gods of the ancient Greeks.

Atlas is best known by his cultural association with cartography.

In the myth of the Greek hero Heracles (Hercules), Hercules needed Atlas' help to complete one of his Twelve Labors. Atlas agreed to help, but only if Hercules would take his burden for a while. Hercules took the weight of the world while the Titan completed the task, but Atlas refused to take the Earth back afterwords, forcing Hercules to trick him into doing so. 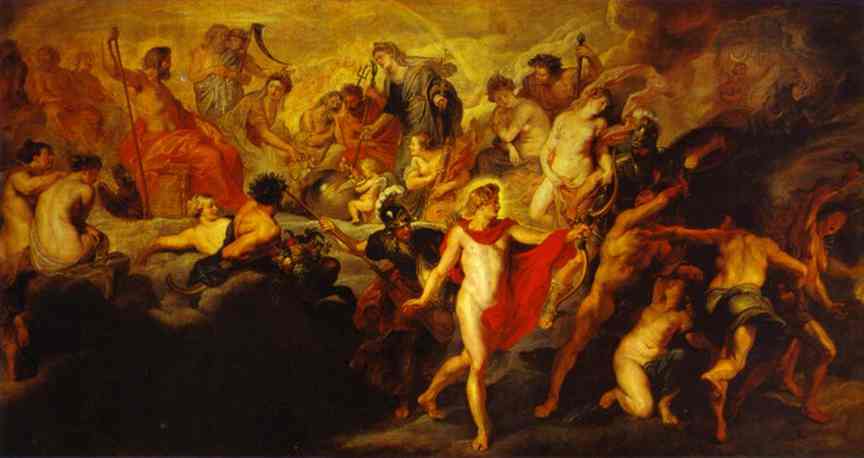