A July 1, 2013, Daily Mail article on bestiality and Germany declared:

In 2012, Russia Today reported that is estimated that there are approximately 100,000 zoophiles in Germany (a zoophile is someone who is sexually attracted to animals). [3]

It was reported in July of 2013 that due to a sharp rise of bestiality in Germany and websites promoting it, German authorities had planned to reinstall an old law banning sex with animals.[5]

In 2012, the Germany government tightened its bestiality law and now imposes a fine for engaging in bestiality with a €25,000 maximum fine. Bestiality had been stricken from Germany’s penal code in 1969 and since then had merel been against the law if “significant harm” is inflicted on the animal.[7]

Adolf Hitler wrote the following evolutionary racist material in his work Mein Kampf: "If nature does not wish that weaker individuals should mate with the stronger, she wishes even less that a superior race should intermingle with an inferior one; because in such cases all her efforts, throughout hundreds of thousands of years, to establish an evolutionary higher stage of being, may thus be rendered futile."[8]
‎In recent years, several countries with high rates of Darwinism/atheism have experienced problems relating to bestiality (see: Geographic areas where bestiality is posing a notable problem and Atheism and bestiality and evolutionary belief and bestiality).

Germany has one of the highest rates of belief in evolution in the world.[9] In 2005, it was estimated that 70% of Germans believed in evolution. In addition, Germany is one of the most atheistic countries in the world and the website adherents.com reports that in 2005 41-49% of Germans were agnostics/atheists/non-believers in God.[10] 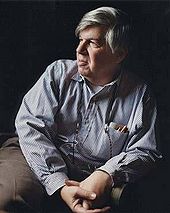