Sam Harris advocates that atheists no longer call themselves atheists.[1]

Atheists in religious countries or religious subcultures often face family and social pressure to be silent about their atheism and for many young people the thought of telling their parents about their atheism causes them a great deal of anguish.[2] It is not uncommon for Muslims who become atheists to be disowned by their family and to sometimes receive death threats.[3] See also: Persecution of atheists

The We Are Atheism campaign was launched by atheists to address the widespread prevalence of closet atheism. David Silverman (ex-president of the American Atheists) mentioned the issue of "closet atheists" in a publicity piece promoting the campaign.[4]

Yet, in 2015, the Christian Post reported in a story entitled Atheists Widely Distrusted, Even Among Themselves, UK Study Finds:

Sam Harris is one of the founders of the New Atheism movement. Sam Harris is quite aware of the stigma surrounding atheism and has even advocated that atheists no longer call themselves atheists.[1] In fact, Dr. Harris has said concerning the label of atheist, "It's right next to child molester as a designation."[1] See also: Atheism and social outcasts

Reluctance of many atheists to tell others about their atheism

Although American atheists may experience some social ostracism for telling other about atheism, hate crimes against atheists are extremely low in number (see; Atheism and social outcasts and Persecution of atheists).

Dr. Ken Eisold wrote at Psychology Today about American atheism: "The FT reporter commented: 'As I found out when I travelled across the US last year, atheists live in isolation and secrecy all over the country.'"[9]

African children who received Manna Packs of rice from the Christian relief organization Feed My Starving Children. Atheist activists have engaged in very little evangelistic efforts as far as Africa. See also: Atheism and charity and Western atheism and race

Doing overseas evangelism/outreaches in religious countries often requires significant criticism/persecution and western atheists by in large have been unwilling to endure such criticism/persecution in order to spread atheistic ideology - especially when compared to Christians and their efforts to spread Christianity (see: Western atheists have not done a significant amount of outreach to poor countries).

On the other hand, apathy and a reluctance to endure hardship in poor countries is another reason for atheists lack of overseas evangelism (see also: Atheism and apathy and Atheism and hedonism).

Rather than rely on the personal evangelism of atheists, often atheist indoctrination has been used to propagate atheism.

Atheism as a stealth religion

See also: Atheism is a religion and Atheist worldview and Evolution as a secular origins myth

The Canadian anthropologist Paul Gosselin has written that evolution is a secular origins myth.[11]

The stealth agnosticism/atheism of Charles Darwin

The evolutionist Charles Darwin was a weak atheist/agnostic (see: religious views of Charles Darwin) .[13] Charles Darwin's casual mentioning of a ‘creator’ in earlier editions of The Origin of Species appears to have been a merely a ploy to downplay the implications of his materialistic theory.[14]

Bernie Sanders' reluctance to call himself an atheist 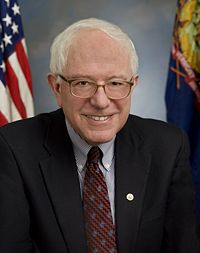 Bernie Sanders is reluctant to publicly call himself an atheist.[15]

The atheist Hemant Mehta stated concerning Bernie Sanders' worldview: That's basically a really PC way of saying you're an atheist. Sanders may have used the word “God” to describe his belief system, but it's pretty clear that his version of God isn't an old man in the sky. There's no actual deity involved — no theism — just a generalized interconnectedness.[15]

The Religion News Service states: "Presidential hopeful Bernie Sanders dashed the hopes of some atheists when he declared he had 'very strong religious and spiritual feelings' at a Democratic town hall."[17]

Sanders denies he is an atheist.[18]

It is common for atheist activists to exaggerate the number of people who are atheists. The atheist Georgetown professor Jacques Berlinerblau declared about American movement atheists: "They wildly overestimate their numbers. They tend to overestimate the efficacy of their activism." [20]

One tactic that is used by atheist/agnostic activists to artificially inflate their numbers is to claim that a great number of people are closet atheists/agnostics. The Times of India has a quote from Richard Dawkins about the closet atheist issue:

The book Abraham Lincoln: From Skeptic to Prophet by Wayne C. Temple is a well-research book which demonstrates that although Lincoln was somewhat of a freethinker/skeptic as a young man, he did become very religious later in life.[22]