Essay: Mr. "Spud" Atheist is put through the potato grinder

Commenting on some commentary related to the article Atheism and the Me Too Movement, an atheist going by the moniker of "Spud" wrote: "...unlike you, we don't have unrealistic expectations. You may believe that you will destroy atheism single-handed by next Wednesday... We don't expect to do the same to sexism."

Mr. "Spud" Atheist, the atheist movement has been destroyed.

Atheists and their unrealistic expectations

See also: Desecularization and Atheists and the endurance of religion

In 2011, atheist Jacques Berlinerblau declared: "The Golden Age of Secularism has passed."[2]

Britain's Financial Times published an article in 2018 with the title/subtitle of: "The return of religion. Among atheists as well as believers, strident secularism is giving way to a renewed sense of faith’s hold."[4] See also: British atheism and UK and secularism and Decline of militant atheism in the West

According to the Encyclopædia Britannica, 2% of the world's population self-identifies as atheist and the average annual global change for atheism from 2000 to 2010 was −0.17%.[6]

Atheists as a percentage of the world's population have declined since 1970 and global atheism is expected to face long term decline.[7] See also: Global atheism statistics and Desecularization

On August 8, 2018, Michael Clune wrote in The Atlantic: "There’s been a lot of talk in literary and philosophical circles of a new “post-secular” age."[11] See also: Postsecularism

The icing on the cake is that Mr. "Spud" Atheist, who was easily put through the potato grinder, is on the board of an atheistic foundation. Sad! See also: Atheism and leadership and Atheist organizations

No wonder we have seen a decline of the atheist movement.

A message for Mr. "Spud" Atheist 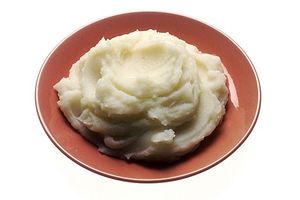 A message for Mr. "Spud" Atheist: I know you are an Englishman who has had a fondness for mashed potatoes earlier in your life.

Next time you see a potato dish or see the word "spud", remember that numerous atheists have indicated that the "atheist movement is dead" or that it is dying![13]

If only Mr. "Spud" Atheist could refute the material presented on this web page with recent and relevant information that is well-sourced. "I've slowly started to understand why American atheists look so frustrated and angry all the time from a European point of view...". - YouTuber Elod Marton commenting on Conservapedia in December of 2018