Essay: The future of machismo in the 21st century

Worship service in Center of Fait Emanuel of Assemblies of God in Cancun, Mexico. Prayers with the hands up and speaking in tongues.

One of the definitions of machismo is an "exhilarating sense of power or strength."[1]

Question: Do conservatives have more machismo? According to the journal article about the brain differences between political conservatives, liberals and moderates entitled Functional connectivity signatures of political ideology which was published in PNAS Nexus, "conservatives tend to be more resilient and have better self-control".[3]

The United Nations 2019 article Latin America and the Caribbean to Reach Maximum Population Levels by 2058 reports:

However, the Evangelical/Pentecostal Christian population of Latin America is growing rapidly due to religious conversion and their higher fertility rate. See also: Atheism and fertility rates

How much can a subpopulation grow due to its higher fertility rate?

Eric Kaufmann wrote in his academic paper Shall the Religious Inherit the Earth?: Demography and Politics in the Twenty-First Century 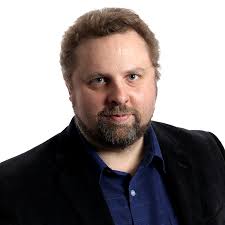 In 2021, Politics Today reported: "Evangelical communities are booming across Latin America. Where only 4% of Latin Americans identified as evangelicals in the 1970s, today that number is closer to 20%."[7]

Given that many Evangelicals/Pentecostals are Bible believers, what does the Bible teach as far as women and men?

Please read the passages below:

"For Adam was formed first, then Eve; and Adam was not deceived, but the woman was deceived and became a transgressor." - The Apostle Paul, 1 Timothy 2: 13-14

The moose hunting Evangelical/Pentecostal Sarah Palin certainly has more machismo than effete, liberal men who are bossed around by their feminist wives/girlfriends with butch haircuts!

Question: Who had more machismo? The Roman pagans or the Roman Christians?

Jesus Christ and his apostles taught a gospel of love.[8] For example, the New Testament teaches that a husband is to love his wife as Christ loved the church (Ephesians 5:25).

Consider Dave Willcocks essay And the winner is... which states:

As you can clearly see, the Roman Christians had true machismo because they had power and wisdom from on high. As you may recall, one of the definitions of machismo is an "exhilarating sense of power or strength."[10]

Given that Evangelical/Pentecostal Christianity in Latin America is rapidly expanding – by all indications, the future of machismo is very bright.

Feminists, as much as I hate to say it, on behalf of all Bible believers with machismo, I declare total victory! Olé! Olé! Olé! In the United States, Hispanic women are infrequent visitors to Señor Dawkins' website. It is because he lacks machismo.

"The lack of lady presence is so visible that Conservapedia commented on it by noting that Dawkins’ website overwhelmingly attracts male visitors." - Monica Shores, Ms. Magazine[12]

For more information, please see: Does Richard Dawkins have machismo?