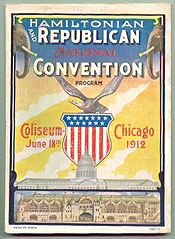 Birth of a new party[edit]