From Conservapedia
(Redirected from Animals)
Jump to: navigation, search

An animal is any creature which is a member of the Animalia kingdom. For most modern biologists, this includes human beings, although there are several qualitative differences which are of primary importance (see anthropology, psychology, and so on).

Animals must eat plants or other organisms to survive. The plants are called "producers" and the animals are "consumers". Animals have complex eukaryotic cells, unlike bacteria which have much simpler prokaryotic cells. Animal cells do not have cell walls, only structural proteins in the cell membrane; this allows the animal cell a degree of flexibility.

The simplest of all animals are sponges, which do not move. Sponges have different cells for different tasks, but these cells are not organized further into tissues or organs. Sponges also do not exhibit symmetry, unlike all other animals.

The next simplest animals comprise a single species, which fall somewhere between sponges and all other animals. This species, Trichoplax adhaerans, is very small, yet has cells organized into different tissues, though it does not have organs.

True Animals are grouped into a sub-kingdom called Eumetazoa. All True Animals have tissues and organs, except for one type called Myxozoa. These have regressed to a single-celled form.

The simplest eumetazons are the Radiata, a loose group that includes jellyfish, corals, and comb jellies. Most of them belong in the phylum Cnidaria, except for the comb jellies, which comprise the phylum Ctenophora. Radiatans have what is called radial symmetry, where they can be divided into two even halves in many planes, like a wheel or a circle. All cnidarians have special cells called cnidocytes, which produce the sting. Comb jellies have no such cells and are harmless to humans. 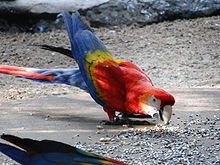 As God created man in His image, it is of primary importance to distinguish the characteristics of people from animals, such as the eternal spirit, the right to "take dominion" over the natural world of animals and plants, and the prospect of enjoying eternal life. Liberals say that these things are of secondary importance and insist that humans are merely apes.

For biologists who regard their field of study as belonging to physical science, issues of psychology and spirituality take a back seat. They emphasize the physical similarities between the human body and the bodies of other creatures, classifying humans as mammals, specifically, primates.

Perhaps it is their methodological naturalism that leads them to ignore major qualitative differences and to speculate that humans are merely animals with somewhat greater intellectual ability. This vision may be more a predisposition than a scientific conclusion.

The Book of Genesis specifies both when and why God created animals. The "when" is found in the following passage from Genesis ch. 1, which states that God created aquatic creatures and birds on the fifth day and that on the sixth day He created land animals and then man:

The "why" is found in the following passage from Genesis ch. 2, which states that after God had created man, He brought the land animals and birds in as a way to provide one of the animals as a help mate for man. Many people claim that there is a contridiction here, saying that in the second chapter of Genesis God created Humans before the animals and that this is different from the first chapter in which the animals were created first and then Man and Woman were both created on the same day. However, this comes from a "minor" mistranslation in the text of the King James Bible, when one looks at the slightly older Douay-Rheims Bible, it clearly shows that it is no contridiction.

And the Lord God having formed out of the ground all the beasts of the earth, and all the fowls of the air, brought them to Adam to see what he would call them: for whatsoever Adam called any living creature the same is its name. Genesis 2:18 (DRV)

Many older translations, such as the Wycliffe, Tyndale, and Geneva Bibles all make use of the word "had", which shows that animals were created before man.