From Conservapedia
(Redirected from Woman)
Jump to: navigation, search

Angelica Kauffmann, Self Portrait, 1780 - 1785. One of only two female Founder Members of the Royal Academy of Art in London, England.

Women are the female of the human species. Most women have two X-chromosomes.[1] They also have different reproductive organs from men and normally can give birth. While on average women’s brains are smaller than men this is not an indication of a lower intelligence.[2] Other morphological differences from men include a thicker layer of subcutaneous fat, a wider pelvis to facilitate carrying and birthing a baby, and have less fine vellus and coarse hair than men.[3]

Men have typically two times more upper body strength than women, and around 50% more leg strength.[4] Women have slightly longer average lifespans than men, which results in women overtaking men in population by middle age despite a 1.05:1 boy to girl ratio at birth in many countries, though the ratio differs in some parts of the world.[5] Men are also more violent than women, according to conservative psychologist Jordan Peterson.[6] Men also have higher levels of testosterone than women and this is associated with masculinity, while estrogen is one of the primary female hormones. Most women, such as the Virgin Mary and most other women of the Bible as well as more well-known women in later history, have had positive impacts on society, like the wise woman of Proverbs 14:1).

The following is a selection the many famous women:

See Women in Science and Mathematics 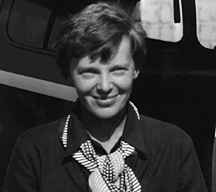 Women in the entertainment and media industries, politicians, other public officials, and feminists, because of their liberal, socialist, and other negative ideologies (like the foolish woman in Proverbs 14:1).

Mary Magdalene and other women were the first individuals to Jesus Christ after his resurrection.[10]

The Pentecostal Assemblies of the World's more than 60 dioceses now has two women bishops, Bishop Mona Reide and Bishop Gwendolyn G. Weeks ,"the first and second women to take on the full responsibilities of a bishop in the more than 100-year-old denomination".[12]

Contrary to what many Liberals, Atheists, and Feminists like to say, the Bible does not devalue women. In fact, the Deuterocanonical law of the kinsman redeemer (whereby the entire gentile church was grafted in to God's family) is perhaps the earliest written law intended to protect women's rights. In the Book of Ruth a kind older man, Boaz, looked after Ruth and her mother, and eventually married her, fulfilling his role as kinsman redeemer. He is mentioned in the genealogy of Jesus.

According to some biblical literalists, Eve caused sin and suffering to come into the world when she convinced Adam to eat from The Tree of Knowledge, an act directly forbidden by God Himself. As punishment for this, God declared that women shall experience great pain in childbirth.[13]

New Testament statements on the role of women[edit] Saint Paul also has much to say on the status of women in society, most memorably that women should submit to their husbands just as the church submits to Christ. [14] [15] [16] [17] Most of these things are not believed by even the strictest Christians, and such views are considered extreme by even the most conservative Christians.

These viewpoints are not widely accepted in secular, first-world nations, although some believers still adhere to them. However, Christians do not always agree on how literal or universal these directives are intended to be. For example, dressing modestly is interpreted by some Anabaptists to mean that women should only wear black or dull colors and that dresses should cover the entire arms and legs, whereas most non-Anabaptist Christians consider the directive to modesty as simply meaning that garments should not be wrongly provocative. The directive that women should not speak in church is regarded by some as being literal for all situations, but due to other New Testament passages which indicate that women were allowed to publicly testify in the early church,[27] the most common Christian interpretation[Citation Needed] of 1 Corinthians 14:34-35 is that women in the Corinthian church were in the habit of conversing casually and gossiping during the church service, and that the apostle Paul was telling them not to do that. However, that interpretation is at odds with the following Scripture passage:

Strong and important women in the Bible[edit]

Among the Bible's several strong and empowered women are Deborah, the only female judge and ruler of Israel; Judith; and Queen Esther, heroine of the Book of Esther. Ruth, the Moabitess woman in the Book of Ruth, claimed Boaz as a husband under the law of the kinsman redeemer and gave birth to what became the House of David. In the New Testament, Mary Magdalene and other women are disciples of Christ with whom He seems to have close friendships. The Virgin Mary is heavily revered in the Catholic and Orthodox churches. Studies indicate that women in the Western World tend to be more religious than men.[28]

Surveys throughout the world and other data indicate that women are less inclined to be atheists.[29] [30]

In November 2010, Discover Magazine published survey results published by the World Values Survey which showed significant differences between the percentage of men and women who are atheists for various countries with men outnumbering women in terms of adopting an atheist worldview.[32]