Planned Parenthood is the largest abortion provider in the United States.[1] It performs nearly 200 times more abortions than referrals for adoption.[2] Founded by eugenicist and atheist Margaret Sanger, it is taxpayer subsidized and tax-exempt status and receives federal funding to promote and provide birth control.

In May 2012, "Planned Parenthood endorses Obama with $1.4 million ad buy."[3] It also started a new relationship with the Los Angeles Unified School District, by providing a clinic on a Los Angeles high school campus.[4]

Although a non-profit organization, Planned Parenthood reported an average annual surplus of over $40 million from the fiscal years ending in 2001 through 2006.[5] and had over $1 billion in revenue in 2006. Planned Parenthood had a surplus of nearly $115 million and received $336 million from the government in order to carry out its operations, including almost 300,000 abortions that year.[6]

The organization boasts that it provides "sexual and reproductive health care", but this is rather transparent expression for abortion and contraception. The organization has publicly described abortion as "our core mission."[7]

Planned Parenthood annually gives awards to those who support their agenda and the top award which they give is called The Margaret Sanger Award.[8][9] 80% of those who have won this award have been pro-eugenics.

Margaret Sanger was the founder of Planned Parenthood and was also a proponent of eugenics, believing that blacks were a racially inferior race, along with being a member of both the American Eugenics Society and the English Eugenics Society.[10][11] She has been widely praised by many liberal politicians like Hillary Clinton.[12]

Alan Guttmacher, who was a President of Planned Parenthood from 1962 to 1974 and who was also former Vice-President of the American Eugenics Society,[13][14] stated: "We are merely walking down the path that Ms. Sanger has carved out for us." [15][16] Similarly, Faye Wattleton, who was the president of Planned Parenthood until 1992, stated that she was "proud" to be "walking in the footsteps" of Margaret Sanger.[16]


The organization was originally founded as the American Birth Control League (ABCL) in 1921.[17]

In 1934, the ABCL unanimously passed a resolution which called for the sterilization of "defectives".[18]

Planned Parenthood members have admitted the organization had "racist roots."[20][21]

After Planned Parenthood's president Cecile Richards retired in 2018, the organization replaced her with a left-wing activist, Dawn Laguens.[22]

What Planned Parenthood is Supposed to Be

According to the official Planned Parenthood website, Planned Parenthood is a "trusted health care provider, an informal educator, a passionate advocate, and a global partner helping similar organizations around the world." [29] The organization is supposed to help girls who are pregnant and have no one else to go to, gives advice on how to raise a baby, and teaches families about sexual health. While the idea for Planned Parenthood is excellent, they encourage illegal sexual behaviors and perform abortions.
They claim that only 3% of the services they provide are abortions. However, this is simply untrue.[30][31] One way they manufacture this claim is by counting each part of the aborting process as one service. Therefore, each abortion includes a number of "other services" even though it is all one process with one goal. Other methods are used, as well, to invent this claim.[32] Although some say that Planned Parenthood falsifies their records to downplay the number of abortions they perform, their own records from 2014 and 2015 report a total of 323,999 abortions. That is equivalent to one every 97 seconds.[33]

Since 1977, 4.8 million helpless, innocent unborn children have been murdered at the hands of Planned Parenthood.[43]. This is more people than were killed by the genocidal Republicans in Spain, showing the gravity of the situation 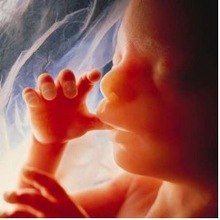 The Blackmun Wall lists all the women who died from legal abortions.[46]

Michelle Malkin comments on the deaths of several patients at Planned Parenthood clinics.[47]

"In Kansas, Johnson County District Attorney Phill Kline charged Comprehensive Health Of Planned Parenthood of Kansas and Mid Missouri with 107 criminal charges after a District Court judge reviewed the evidence and found probable cause that crimes have been committed." [48] "The Comprehensive Health for Women clinic is being charged with 29 counts of performing illegal late term abortions; 20 counts of unlawful failure to determine the viability of late term abortions; 23 felony counts of making false information and 27 counts for unlawful failure to maintain records." [49][50]

The San Jose Mercury News reports that the mother of a young woman who died at a Riverside, Calif., Planned Parenthood clinic has sued the abortion provider blaming malpractice for her daughter's toxic shock syndrome death.(requires account registration)[51]

A Grand Jury met on December 10, 2007 to begin an investigation into the practices of a Planned Parenthood clinic in Overland Park, Kansas.[52]

According to writer George Grant author of Killing Angel:

Planned Parenthood itself reported that its abortions on minorities in 1991 was 42.7% of its total abortions.[55] However, during that time period, minorities comprised only 19.7% of the U.S. population.[55]

Recently, several minority employees of Planned Parenthood have filed multiple complaints of racism against the organization and they stated they were the target of constant slurs in a hostile, anti-male environment controlled by white women.[58] An employee who is charging Planned Parenthood with discrimination said that a complaint was forwarded to Planned Parenthood human resources department and nothing was ever done about it and later he was put on probation and subsequently fired.[58] Attorney Richard D. Ackerman, the lead attorney for two claimants, stated "This is a really sad state of affairs. It is unfortunate to find out that [Planned Parenthood, Los Angelos] PPLA, as a self-proclaimed promoter of 'tolerance and diversity,' is engaging in what appears to be the most primitive form of hate against its own employees." [59]

Planned Parenthood and Requests to Issue a Formal Apology

A critic of Planned Parenthood wrote:

"In the latter half of the 1960s, Planned Parenthood and similar groups spent millions of dollars promoting the idea that the U.S. was in the midst of a dangerous population explosion. The idea was so absurd it could be disproved in five minutes at any public library. Caught up in the hysteria, however, the nation's news media never questioned why groups were warning of a "population bomb" in the midst of plummeting birth rates.

Among friends, Planned Parenthood officials described the real situation. On August 11, 1965, Dr. Robert Nelson, Medical Director of Planned Parenthood of metropolitan Washington, spoke at the Senate "Baby Boom" hearings. He noted that in Washington, DC, "the less well-off economic section birth rate is 29/1000 and going up; the rate of the economically more secure group is 16/1000 and going down."[63]

Some critics of Planned Parenthood charge that it has a history of racist and eugenic policies and still carries out those policies advocated by its Founder.[53][64]


In 2015, the Center for Medical Progress released videos which put Planned Parenthood's practices into the spotlight. They showed in detail the practices of Planned Parenthood, and caused significant controversy. Liberals denied everything, and even tried (unsuccessfully) to sue the Center for Medical Progress for releasing these videos. They also tried to legally prevent the Center for Medical Progress from releasing any further videos.[65]
For over a year, CMP and anyone for believed what had been released were ridiculed by the left. However, the House Select Investigative Panel released a report just over a year later which confirmed all the claims of CMP, Liberty Counsel, Alliance Defending Freedom, and other organizations. The committee cited them for a number of violations, and added that they had a "General disinterest in Clinical integrity."[66]

CMP continued releasing videos periodically, as the courts allowed. These dealt with various other issues and arguments of Planned Parenthood. For example, Planned Parenthood claimed that they were charging for body parts simply because of shipping costs. Not only would shipping not have cost as much as they were charging, but CMP released a video demonstrating that there were no shipping costs—body parts were handed off to StemExpress employees on-site at the abortion centers.[67]

See Taxpayer-funded abortion
Planned Parenthood has received over $3.9 billion of taxpayer money since 1987. Over $1 billion worth of federal grants (taxpayer dollars) in the years 2002- 2008 is unaccounted for.[68] In April 2011, Indiana house and senate members voted for a bill stripping Planned Parenthood of its federal funding. Governor Mitch Daniels signed the bill in May, stating that he opposes any tax dollars going to agencies that perform abortions. The federal government is challenging the law.

It was reported in May 2017 that Planned Parenthood clinics were closing rapidly and that Wyoming and North Dakota had become the first two states to not have any PP clinics.[69] In another report, with the preceding two states included, eight U.S. states had only one abortion clinic in May 2017.[70] Despite this, PP continued to receive $500 million annually in taxpayer dollars.[71]

Despite asking for government money, Planned Parenthood spends large amounts of money supporting political candidates it supports. For example, in the special congressional election held in Georgia's 6th district in 2017, Planned Parenthood spent over $743,000, spending the second-most money of any single group in the election.[72]

An abortion requires an operation. It kills the life of a baby after it has begun. It is dangerous to your life and health. It may make you sterile so that when you want a child you cannot have it. Birth control merely postpones the beginning of life.[76]

In addition to promoting abortion, Planned Parenthood issued guidelines for parents in 2017 recommending them to teach their children that one's sex and gender are two different things, something in line with the transgender agenda.[77][78]

Ties to the open borders movement

Planned Parenthood Federation of America President Cecile Richards is a member of the board of trustees of the Ford Foundation, a major funder of the open borders movement.[79] In addition, the organization signed a brief in support of DACA and DAPA.[80]