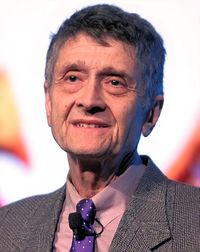 Michael Medved observed that in Hollywood, "There are no movies in the recent past that send overt unapologetic conservative messages. Why? Because anybody who attempted to do that would be criticized [and] ostracized socially, if not commercially, in the Hollywood community."[1]

Liberals often make approval of liberal values a condition of friendship. Someone in a "liberal friendship" can expect loss of the friendship if he dares to express dismay or disapproval of the liberal values. For example, Nobel laureate Ronald Coase described how he was victimized by disparaging whispers at cocktail parties about his conservative economic positions.[2]

"If [a conservative] kid applies to one of the top graduate schools, he's likely to be not admitted. Say he gets past that first screen. He's going to face pressure to conform or he'll be the victim of discrimination. It's a lot harder to hide than than it was as an undergrad."[3]

A liberal friendship can occur wherever liberals apply peer pressure to spread their belief system. It can occur in college, in relationships, and in the workplace. Until exposed and criticized by this entry, there was even a website entitled "Ostracize a Republican," which justified the practice by comparing Republicans to Nazis using a parody of the famous "I did not speak up" speech.[4]

David Brooks of the New York Times published advice from prominent professors which said that conservative graduate students in humanities and social sciences are better off if they keep their conservative views in the closet. Brooks wrote:[5]

"The most common advice conservative students get is to keep their views in the closet. Will Inboden was working on a master's degree in U.S. history at Yale when a liberal professor pulled him aside after class and said: 'You're one of the best students I've got, and you could have an outstanding career. But I have to caution you: hiring committees are loath to hire political conservatives. You've got to be really quiet.'"

Darryn Beckstrom, a graduate student at liberal University of Wisconsin, confirmed it:[3]

Mr. George is right. It is indeed harder to hide your political ideology. Not because of the Bush-Cheney ‘04 button on the ol’ backpack, but because your fellow graduate students — and future colleagues — expect you to be liberal. It’s as if these students have gone through their entire educational careers using the liberals’ edition of Webster’s Dictionary, and the definition for “intelligent” specifically forbids any association with conservativism.

I still remember the day several students from my cohort discovered the scandalous detail that I was a supporter of President Bush and the petrified looks on their Macintosh-loving faces as I gave a riveting defense of the War on Terror. (Disclosure: This column was written with a notebook purchased from the Texas-based, Dubya-supporting, capitalistic leviathan Dell Corporation.)

Though my monologue most likely fell on deaf ears, a familiar response came afterward: “Well, at least you aren’t one of those social conservatives, are you?” Indeed I am.

Renowned conservative physicist Edward Teller described how liberals terminated their friendship with him and his wife for political reasons. "By old friends we were practically ostracized," he said, adding that his wife "was very badly hurt" and even fell ill from it.[7]

Michael Medved observed that in Hollywood, "There are no movies in the recent past that send overt unapologetic conservative messages. Why? Because anybody who attempted to do that would be criticized [and] ostracized socially, if not commercially, in the Hollywood community."[8]

[A] classmate of mine told me ... that a significant number of my Yale classmates shunned me [first semester] because of "what you said in [first semester] Contracts class." I responded that I don't remember saying anything all that controversial--after all, we didn't discuss abortion, affirmative action, gay rights, or any other especially hot button issues in Contracts class, and my views on such issues were not especially out of the mainstream at Yale, anyway. My classmate responded, and I swear he seemed at least 80% serious, "yes, but you kept saying that contracts should be enforced."

Clarke argues — plausibly — that President Bush should give him and other black conservatives a platform to boost their credibility and exposure. Black ministers call him furtively to express support but explain that they can't do so publicly. "People are watching what will happen to me; they want assurance that they can survive. It's going to require individuals to develop courage to buck the plantation politics, because it's not fun to be ostracized by one's own people."

I think a lot of young Republicans are afraid of being ostracized by fellow classmates and professors if they are open about their political opinions, since most people regard the majority of college students and professors as being liberal.

Besides the loss of a friendship if you display disapproval of the liberal belief system, if a liberal knows you are a well known conservative, they may wish you bad luck. However, if you change by discounting and betraying your past conservative relationships/principles/friends, they would embrace and reward you with liberal friendship. e.g. Press Secretary Scott McClellan of the Bush administration was hated by liberals just for working in the administration. After leaving his position and writing a book publicly criticizing President Bush, the typical left leaning media sources, being they don't revere concepts like honor and loyalty and see disloyalty and backbiting as virtues, actually defended him.[12]