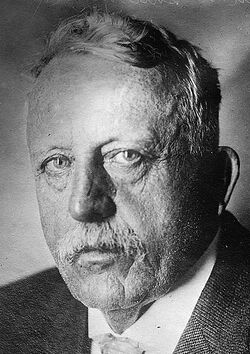 Population control means reducing the human population of the earth, in favor of other species or to promote political or ideological goals (see eugenics).[2] Population control is based on pseudoscience and ill-founded economic assumptions,[3] along with radical left-wing environmentalism.[4][5]

For some unexplained reason, population control becomes an obsession of ultra-wealthy liberals. Perhaps their love of money requires them to dislike people, or anything other than money.

In 2015, the New York Times admitted that overpopulation is a hoax with consequences.[9]

The most significant factor in population control is the termination of unborn babies (see abortion). Another factor is the sterilization of women. False reasons for this position are numerous. Everything from environment and global warming to poverty, war and food supply.[10] Government-supported private agencies such as Planned Parenthood agree with the premise: it has 70 percent of its clinics located in minority neighborhoods, and foreign aid for health programs still target the non-white populations of the world for reduction.

Unlike almost all other American scholars of the subject, Steven Mosher, president of Population Research Institute and a China expert, does not consider population control to be a worthy goal. Mr. Mosher documents how population control has crowded out many of the resources needed for disease prevention and treatment and has often led to massive human rights abuses by governments eager to meet their population reduction goals.[7]

The United Nations Population Fund (UNFPA) is the premier agency that distributes financial resources to control population. They vigorously contend they do not fund abortion nor do they support the sterilization of women. The facts remains that since 1979, the UNFPA has been the chief apologist and cheerleader for China's coercive one-child-per-couple policy. Despite numerous credible forced abortion reports from impeccable sources, high-ranking officials at UNFPA always dismiss and explain it all away.[11]

The United States is a chief fund supplier of population control by Foreign Operations Appropriations bills. Congressional Republicans and Republican Presidents have been successful in preventing the UNFPA from receiving U.S. funding. The exact opposite for Democrats, who continue to fund (UNFPA) and support abortion funding worldwide.

An overcrowded planet: It has been estimated by Paul Ehrlich and others that human beings actually occupy no more than 1 to 3 percent of the earth's land surface.

Widespread deforestation: Proponents of this myth claim that an area twice the size of Belgium is now being logged worldwide each year. What people don't realize is Belgium could fit into the world's tropical forests 500 times over, or 250 years from now it will be a problem. The rest of the world's trees, 99.6 percent of them, are flourishing.

Overpopulation is the chief cause of poverty: Many blame "overpopulation" when actually it is the result of bad economic policy. The economic problems result from excessive government spending, high taxes on farmers, inflation, restrictions on trade, too much government ownership, and over-regulation of private economic activity.

Overpopulation causes war and revolution: This is a lie and realistically, the actual reasons for wars and revolutions are far too numerous to be contained in such a simple phrase. They range from corrupt governments, violations of human rights (real or imagined), human greed, and many, many more.

Future catastrophe: It has been predicted by many scientists that as longevity increases, birth rates will naturally go down, and the world population will settle at roughly 11 billion by 2100.