On November 12, a recanvassing in the 11-county district show that Owens lead has narrowed to 3,026 votes over Hoffman, 66,698 to 63,672, according to the latest unofficial results from the state Board of Elections. Syracuse local news reported that the new vote totals mean the race will be decided by absentee ballots, of which about 10,200 were distributed, said John Conklin, communications director for the state Board of Elections.[1] On November 23, the remaining ballots were counted in the 23rd Congressional District special election. The results re-affirm the fact that Bill Owens won. Despite concerns centered on the veracity of the new voting machines used, Doug Hoffman will not be contesting the NY-23 election results.[2] 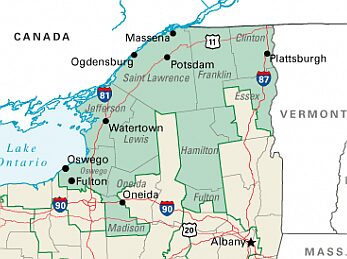 Hoffman is a businessman and accountant for Dragon Benware Crowley & Co., P.C. accounting firm. While attending college Hoffman had enlisted in the Army serving as a member of the New York State National Guard from 1970 through 1973 and the U.S. Army Reserves from 1973 through 1976. Hoffman received a Master of Business Administration degree in finance and accounting from the University of Connecticut. In 1977, Hoffman became an Assistant Controller for the Lake Placid 1980 Olympic Organizing Committee, and oversaw a budget of $150 million, 2,500 employees and 6000 volunteers. He has since been heavily involved in his local community, and many of his clients are involved in Washington politics.

After losing the Republican Party's nomination, Doug Hoffman was the Conservative Party of New York's nominee for a special election to Congress from the 23rd district, running against liberal Republican Dede Scozzafava and Democrat Bill Owens. A September 2009 poll showed the three candidates in a statistical tie, with Scozzafava at 20%, Owens at 17%, and Hoffman at 17%.[3] The Hill newspaper editorialized that "Conservative Party nominee Doug Hoffman is beginning to look like he might be a force in the upcoming New York special election." [4]

An October 1, 2009 poll showed Dede Scozzafava had a seven-point lead over Owens, 35-28, with Hoffman in third place at 16. However, on October 15, a Siena Poll released showed Democrat Bill Owens led Republican (RINO) Dede Scozzafava by 4 and Conservative Doug Hoffman by 10.[5]