Essay: Where was Sam Harris when the New Atheists needed him?

Sam Harris is one of the founders of the New Atheism movement. Dr. Harris received a Ph.D. in neuroscience from University of California, Los Angeles (UCLA) and is also a graduate in philosophy from Stanford University.

The term New Atheism which first appeared in the November 2006 edition of Wired magazine, is frequently applied to a series of six best-selling books by five authors that appeared in the period between 2004–2008. These authors include Sam Harris, Daniel Dennett, Richard Dawkins, Victor J. Stenger and Christopher Hitchens.[1] The four most prominent writers of the New Atheist movement are Richard Dawkins, Sam Harris, Christopher Hitchens and Daniel Dennett.

Dr. Harris, I hoped you pleaded with them to lose some weight! Dr. Harris, I certainly hoped you pleaded with the overweight New Atheists founders to lose some weight! I do know that leadership is by example and if you pleaded I hope it was quite strongly. You certainly don't want overweight New Atheist leaders serving as role models to the atheist community and encourage atheists to lead lives contrary to the recommendations of medical science.

Dr. Harris there does appear to be a significant problem with obesity within the Western atheist community - especially when you compare them with the very religious. Please see Atheism and obesity for details.

Dr. Harris has said concerning the label of atheist, "It's right next to child molester as a designation."[18]

Atheism is a social stigma in many Western societies and obesity is as well.[19][20][21] For example, in the United States, obese people are often stereotyped as being "lazy, lacking self-discipline and being mentally slow".[22]

Of course, if atheist obesity could be avoided by some through simple dietary and exercise changes, this could cause a lot less heartache and disappointment to parents who not only have an atheist son or daughter, but suffer the double indignity of having son or daughter who is both obese and an atheist.

Dr. Harris is quite aware of the stigma surrounding atheism and has even advocated that atheists no longer call themselves atheists.[23] In fact, Dr. Harris has said concerning the label of atheist, "It's right next to child molester as a designation."[23]

1. The atheist and homosexual David Thorstad was a founding member of the North American Man-Boy Love Association (NAMBLA).[24]

2. Harry Hay (1912 - 2002) was an liberal advocate of statutory rape and the widely acknowledged founder and progenitor of the activist homosexual agenda in the United States. Hay joined the Communist Party of the United States (CPUSA) in 1934. [25] Harry Hay was an atheist.[26] He was a vociferous advocate of man/boy love. [27][28] In 1986, Hay marched in a gay parade wearing a shirt emblazoned with the words "NAMBLA walks with me."[29]

John Maynard Keynes was the founder of Keynesian economics. Lytton Strachey, his male bed partner, wrote that Keynes was a “A liberal and a sodomite, An atheist and a statistician.”[33] Keynes and his friends made numerous trips to the resorts surrounding the Mediterranean. At the resorts, little boys were sold by their families to bordellos which catered to homosexuals.[34] In his work The Cambridge Apostles, 1820-1914: Liberalism, Imagination, and Friendship in British Intellectual and Professional Life, William C. Lubenow expresses the opinion that Keynes was an agnostic.[35]

Running away from the stigma of atheism

Since World War II a majority of the most prominent and vocal defenders of the evolutionary position which employs methodological naturalism have been atheists.[36] 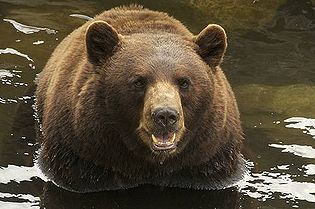 Sometimes high intelligence (or former high intelligence that has been impaired by having excess weight[37]) and having simple and effective methods to lose weight is not enough to escape the jaws of obesity. Often, it takes self-discipline as well.

See also: Are atheists smarter than the average bear? and Overcoming obesity with the aid of Christian faith

see also: Are atheists smarter than the average bear? and Overcoming obesity with the aid of Christian faith

Perhaps, if more overweight atheists evolved a backbone and took the recommendations of medical science and exercise science more seriously, clinical trials could be run by Dr. Harris to help atheists find better ways to wrestle themselves from the clutches of obesity.

Sometimes high intelligence (or former high intelligence that has been impaired by having excess weight[38]) and having simple and effective methods to lose weight is not enough to escape the jaws of obesity. Often, it takes self-discipline as well. This can be frustrating to many overweight atheists especially when they hear taunts such as: If your so smart Mr. Atheist, then why are you so fat?

On the other hand, besetting sins such as gluttony, sloth, homosexuality and drug addiction can certainly be more effectively conquered with the assistance of Christian faith, self-discipline and of course through diet and exercise well. Peter LaBarbera is the President of Americans for Truth which is an organization which counters the homosexual agenda. Peter LaBarbera declared concerning Christian ex-homosexuals who reported being transformed by the power of God:

In 1980 a study was published in the American Journal of Psychiatry and eleven men participated in a study about men overcoming homosexuality. The American Journal of Psychiatry stated that eleven homosexual men became heterosexuals "without explicit treatment and/or long-term psychotherapy" through their participation in a Pentecostal church.[40]