Will 2022 be a TRULY HORRENDOUS year for global atheism? 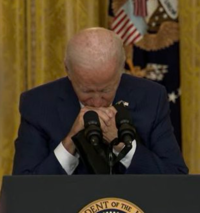 Roe vs. Wade overturned in the USA

Steve Turley: Roe v. Wade overturned. The head of American, secular, liberal, wokeism has been cut off and it is now dead.[13] Like a chicken with its head cut off it will run around awhile, but it is now dead.

A new conservative age is rising in America. A victory for the Bible also - see abortion and the Bible.

Twitter sold to Elon Musk in 2022. Leftists in a meltdown According to MacCulloch, "Christianity, the world's largest religion, is rapidly expanding – by all indications, its future is very bright."[1]

According to MacCulloch, "Christianity, the world's largest religion, is rapidly expanding – by all indications, its future is very bright."[2]

In 2012, the Center for the Study of Global Christianity at Gordon-Conwell Theological Seminary (GCTS) reported that every day there are 83,000 more people professing to be Christians per day, 800 less atheists per day, 1,100 less non-religious (agnostic) people per day.[3][4]

A study conducted by the Washington-based Pew Forum on Religion & Public Life says that Africans are among the most religious people on Earth.[8] Africa has a high fertility rate and it is seeing a big population boom. According to the Institute For Security Studies: "Africa's population is the fastest growing in the world. It is expected to increase by roughly 50% over the next 18 years, growing from 1.2 billion people today to over 1.8 billion in 2035. In fact, Africa will account for nearly half of global population growth over the next two decades."[9] See: Religion and Africa