From Conservapedia
Jump to: navigation, search
Harold Wilson (born James Harold Wilson), Baron Wilson of Rievaulx, KG, OBE, was the Labour Prime Minister of Britain (the United Kingdom) from 1964 to 1970 and from 1974 to 1976. Having spent 13 years out of office after defeat in 1951; Harold Wilson was elected prime minister in 1964 following widespread discontent against the Conservative government. Wilson's government saw the liberalisation of Britain begin, with the legalisation of homosexuality, abortion and the removal of theatrical and cinema moral censorship. All anointed to be causes of the "permissive society" in Britain in the 1960s. Wilson set out also to drastically advance the British Economy through the creation of the Department of Economic Affairs (DEA). However all his Economic ideas held little success and he was defeated in the 1970 election by Edward Heath; whom Wilson would then defeat again narrowly in 1974. Combined, the economic failures of Heath and Wilson set the stage for the renewal of British energy and leadership under Margaret Thatcher, beginning in 1979. 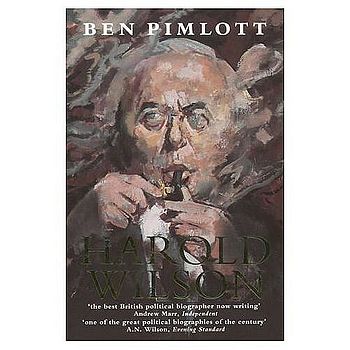 Born in 1916 and first elected to Parliament in 1945 he was appointed a junior minister in the Department of Trade immediately. He was Member of Parliament for the Liverpool constituency of Huyton from 1945 until 1979.

The 1964 election marked a crucial moment in postwar British politics. Wilson's victory confounded those critics who believed that three successive defeats in the 1950s meant that the Labour Party was becoming electorally obsolete. The "road to 1964" compares favourably with that of Clement Attlee in 1945, the only previous occasion Labour had removed the Conservative Party from power to form a majority government. In many respects the two elections were very different. Participation in Winston Churchill's wartime coalition gave Labour a credibility that helped to ensure a landslide in 1945, whereas Wilson's margin of victory - just four seats - was tiny. One important similarity stands out. Historians now tend to play down the "onward march of socialism" as the driving force behind 1945, stressing instead disillusionment with wartime conservatism. In the same way too much credit should not be attached to the vote-catching appeal of Wilson and his vision of "scientific socialism." The root cause of 1964 lay in deep disenchantment with Harold Macmillan's Tory administration, scarred by the sexual scandal of the perfumo affair and several lacklustre Economic setbacks. The Labour success in 1964 confirms the adage that elections are lost by governments rather than won by the opposition.

Wilson won more general elections than any other British politician in the 20th Century. He won in 1964, 1966, and twice in 1974 although the February 1974 election resulted in a minority government. During his time in office he only once had a large majority (96 seats at the 1966 election) and struggled to get contentious legislation passed. Even so, his legacy includes the Open University and the first steps toward British membership of the EEC. He also successfully kept Britain out of the war in Vietnam.

Although the United States and Britain have shared a "special relationship" in foreign relations since 1940, this link was weakened during the 1960s by several factors: differing foreign policy aims, varying national and international security ideas, and unfriendly personal relations between President Lyndon Johnson and Wilson. The relationship did not improve until the 1970s.

In 1965, Johnson proposed that the United States prop up Britain's pound sterling. In return he sought from Wilson's government such measures as support of deflationary policies and of American policies in the Vietnam War. Wilson refused to involve Britain in the conflict.[1] The initiative failed to materialize. Wilson defenders say the United States reneged after Wilson fended off American efforts to compromise Britain's sovereignty. Americans believe the change in US policy stemmed from new perceptions in the Johnson administration on Labour Party misrule in Britain. Americans concluded it was a mistake to indulge Britain in light of the Wilson government's unsatisfactory positions on Vietnam, its smaller contributions to European defense, its international monetary ideas, and its Middle Eastern policies.[2]

Much of the disillusionment with Wilson was due to his perceived failure on the economic front. He pledged not to devalue sterling, however he crumbled under pressure by striking from the National Union of Seamen and resorted to devaluation in 1967[3] He also promised to keep unemployment low, but by 1970 had accepted a higher rate of joblessness than the Conservatives had endorsed. Wilson failed to implement two radical election pledges: to produce a comprehensive state earnings-related pension scheme and to introduce the 'income guarantee' - a minimum benefit to be paid without recourse to the traditional means test.

Wilson's problems and defeats have obscured some of the modest achievements of the period. Science and education spending grew very quickly, industrial investment rose, and government was increasingly well-informed and better advised about the performance of the economy. In an increasingly unstable and rapidly changing economic environment, this government's economic record was one of muddling through, with little long-term vision.[4]

The Labour Party when it was out of power in the early 1960s argued that Britain was lagging behind in science and technology. In 1963 Wilson, as party leader, pledged that a Labour government would lead the country through the "white heat" of a technological revolution. In fact, Britain in the 1960s spent more on research and development (R&D), both industrially and governmentally funded, than any other capitalist country besides the United States. The Labour government coming to power in 1964 found that Britain lacked not technology but strong industrial organization and management. Under Anthony Wedgwood Benn, 1966–70, the Ministry of Technology attempted to rectify these deficiencies in high technology industries. This effort, only marginally successful, confirmed the lack of positive correlation between R&D and overall economic growth. Indeed, overexpenditure on "high tech" R&D could even be detrimental to such growth.[5]

Wilson realized he had to fight the 1966 strike by the National Union of Seamen. Determined to save his government's income policy and bolster the British pound, Wilson declared a state of emergency. When that proved ineffective, he turned to claiming that the union was being influenced by Communists. The 47-day strike ended when the shipowners presented an acceptable offer. While Wilson appeared to be the winner, his tactics antagonized many Labour Party supporters.[6]

The Wilson government committed itself to the Liberalisation of British Society in the 1960s. Wilson's Home Secretary Roy Jenkins undertook an extreme liberal agenda abolishing Capital Punishment, completely legalizing abortion and then homosexuality.[7] At the same time censorship on obsenity was abolished paving the way for what would become known as the "Permissive Society" in Britain during the 1960s and a new sex culture emerged. This polarized society creating tense divisions between the Liberal young generations and older Conservative Christians such as Mary Whitehouse who sought to defend tradition morals and values in the country, becoming what would be known as the "Generation Gap" in Britain.[8]

Wilson reversed the policy of uncontrolled Commonwealth immigration of his predecessor Hugh Gaitskell. With an eye on public opinion and election returns, Wilson developed a three-phased race-relations policy, including tightened immigration controls, prohibition of domestic racial discrimination and incitement, and creation of local conciliation and integration mechanisms. His pragmatic, carefully balanced immigration and race-relations policies were in the short run successful, not least because of acquiescence by the opposition Conservative leadership. Racial issues, conspicuous in some urban working-class constituencies in the 1964 general election, were marginalized in the 1966 election. During Wilson's second administration (1966–70), pressure by Asian immigrants from East Africa and Enoch Powell's populist Conservatism rekindled race-related issues.[9]

Despite its alleged commitment to socialism, the British Labour Party has been flexible and reformist in its doctrine ever since it was founded in 1900. After the crisis of 1931, the party adopted a broadly social democratic program in which socialism was linked with the idea of economic planning and social welfare. The Attlee government of 1945-51 was very moderate in its commitment to socialism. The years of opposition saw violent arguments in the party between left-wing Bevanites and the center-right supporters of Hugh Gaitskell. But the main differences concerned foreign and defense policy. On domestic issues, the party was now broadly revisionist, committed to the mixed economy and social equality.

Wilson, on becoming prime minister in 1964, tried to bypass old doctrinal arguments by harnessing socialism to ideas of scientific modernization. But his government was a great failure, not least in its relations with the trade unions, the linchpin of the party since its founding. This bred much disillusionment and launched a new left-wing socialism in the 1970s. Wilson represented the older traditions of the Party and never understood the emerging "New Left" with new social roots, radical new ideas and new styles of political behaviour in the late 1970s. Following the disillusion and demoralization of traditional Labour Party activists with Wilson's government, a more radical and well-educated local Labour leadership appeared at the local level. The Labour government of 1974-79 added to this division. The left-wing pressure reached its climax in the early 1980s when Thatcher was in power, but resulted only in heavy defeats for Labour in 1983 and 1987. The general impression in 1989 is of a loss of political and intellectual confidence, with British socialism trapped between a cherished past and an uncertain future.[10]

In October 1966 Wilson quietly began an enquiry among European Economic Community (EEC) countries to see if the conditions existed for British membership in the EEC. His move politically rather than economically motivated. Faced with the contraction of Britain's political influence in Europe and in the Atlantic alliance, the erosion of Britain's position in the Commonwealth, and the termination of Britain's defense commitments east of Suez, Wilson had little choice but to turn to the EEC. His bid was subsequentially rejected, vetoed again by France.

Changes to the machinery of government were central to the British Labour Party's policy agenda during 1964–70, key parts of which, particularly the drive for planned economic growth, were not achieved. The ideological basis for the objectives being pursued, such as economic expansion, was never properly explored or developed. However, some of Wilson's innovations, such as the incorporation of more outsiders into Whitehall, the first use of special advisers, and the establishment of the Ministry of Overseas Development and the Welsh Office, were successful.[11]

Wilson acquired a reputation as a somewhat devious, scheming figure. He cultivated a particular image of himself in the media, which included ostentatiously smoking a pipe, though in private he is said to have preferred cigars. He came from a working-class background, and retained a northern English working-class accent throughout his life.

He was preceded by Sir Alec Douglas-Home and succeeded by James Callaghan. His periods of premiership were broken by that of Edward Heath.

He died of colon cancer and Alzheimer's disease in 1995.