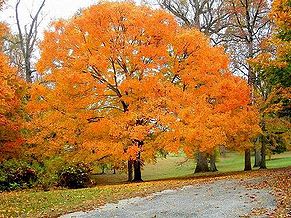 The argument from beauty argues the existence of beauty in the natural world testifies to the existence of God who both designed natural beauty and who possesses a divine beauty. Objective beauty exists and beauty is not merely subjective in nature.[1]

The psalmist David wrote: "One thing I have asked from the LORD, that I shall seek: That I may dwell in the house of the LORD all the days of my life, To behold the beauty of the LORD And to meditate in His temple."(Psalm 27:4). The fall of man caused death, disease and suffering to enter into the world. The Bible also declares that Sarah, Abraham's wife, had both inner and outer beauty.[2]

Author John C. Wright wrote in his 2014 essay How We’ve Been Robbed of Beauty by the Left:

"Natural selection has no reason to produce beauty," Ann Gauger says in Metamorphosis about a principle that applies to flowers as well as butterflies. "Beauty is a sign of the transcendent. It's purely gratuitous. We all recognize it. We just have to acknowledge what it points to."[4]

Carl Sagan declared: “I find that a chilling, spine-tingling, exciting, perspective-raising, consciousness-raising experience. It’s said that astronomy is a humbling and character-building experience.”[5]

Christendom has created a vast collection of beautiful Christian paintings, yet the atheist community, which has been in the world for thousands of years (since at least the time of ancient Greece), has yet to create one beautiful painting depicting their ideology nor have they created a large body of atheist art.

Atheists/evolutionists often engage in hypocrisy on the issue of beauty in God's universe and engage in self-refuting arguments which argue that beauty is merely subjective, yet non-beauty/ugliness is an objective reality (non-beauty arose after the fall of man).[6][7][8]

Furthermore, prominent atheists/agnostics/skeptics have exhibited great feelings of transcendency when examining nature.[9] For example, the agnostic and evolutionist Carl Sagan declared: “I find that a chilling, spine-tingling, exciting, perspective-raising, consciousness-raising experience. It’s said that astronomy is a humbling and character-building experience.”[10] Richard Dawkins' website quotes the atheist swimmer Diana Nyad declaring: "I can stand at the beach's edge with the most devout Christian, Jew, Buddhist — go on down the line — and weep with the beauty of this universe...".[11] Even in atheistic Japan, children see the world as designed.[12]

God, the creator of beauty

The writers of the Bible considered the existence of God to be self-evident and Moses simply wrote: "In the beginning God created the heavens and the earth." (Genesis 1:1).[13]

"The fool has said in his heart, 'There is no God.' They are corrupt, they have done abominable works, there is none that doeth good." - Psalms 14:1 (KJV)

The psalmist David also wrote "The heavens declare the glory of God..." - Psalms 19:1 Why beauty matters and atheistic ideology degrading the importance of beauty

Secular leftism vs. traditionalist/religious/nationalism in the the arts - Hungary

See: Atheist worldview, nature and futility and Atheism and wonder The English anthropologist Edward Dutton indicates that using right-wing politics as a proxy for religiosity, there is evidence that atheists are less attractive and he pointed out that right-wing politicians are more likely to have symmetrical faces according to a study.[18]

Articles on the argument from beauty