Ross Junior Spencer (June 12, 1933 – June 13, 2022)[1]was an Independent Baptist clergyman who was the founding pastor of Bethany Baptist Church in Lubbock, Texas, which opened its doors on August 15, 1973.[2] The sanctuary is located at 4402 40th Street, intersecting  with Quaker Avenue. Spencer remained the Bethany pastor until 1998.

Spencer was the youngest and the last surviving of seven children of Benjamin Marcus Spencer (1881-1965), a son of Alexander Marcus Spencer (1817-1880) and the former Millie Williams Peterson (1843-1927). His mother, the former Nora Bell Perrin (1895-1976), was the daughter of Thomas Jefferson Perrin (1861-1933) and Perrin's second wife, Eliza E. Ward Perrin (1863-1918). Spencer never knew any of his grandparents, the last surviving one, Thomas Perrin, having died just a few weeks after Spencer's birth. Benjamin and Nora Spencer are interred at Fairview Cemetery in Clarksville in Red River County. [3]

Ross Spencer was born in the small farming community of Detroit in Red River County east of Paris in the northeastern portion of Texas. On June 30, 1951, shortly after his eighteenth birthday, he married the former Mamie Louise Martin (born November 8, 1932) in Texarkana, Arkansas.[4] Born in Red River County, she is the second youngest and one of two surviving of thirteen children of Robert Richard "Bob" Martin (1884-1972), a native of Logan County, Arkansas, and the former Margaret Louise Watkins (1889-1983).[5] As newlyweds, Ross and Louise Spencer moved to Lubbock, where two of his brothers were already residing. For fifteen years, Spencer was a member of the Texas National Guard.[6]

Prior to his ministry, he was engaged in the carpet business. In 1969, his business was located at 2102 Avenue Q in Lubbock.[7]

Spencer's first sermon at Bethany Church on August 12, 1973, was based on the soulwinning verse Psalm 126:6: "He that goeth forth and weepeth, bearing precious seed shall doubtless come again with rejoicing, bringing his sheaves with him." After several years at a previous location at the intersection of 35th Street and Raleigh Avenue, the Bethany Church moved to 40th and Quaker, where it remains. Under Spencer, the membership and the physical plant of Bethany expanded over the years to sustain attendance of up to four hundred or more on Sundays. The church held homecoming services in September and invited special guests. Jimmie Davis, the former governor of Louisiana, appeared with his second wife, Anna Carter Gordon Davis, a member of the Chuck Wagon Gang of gospel singers, formerly from Lubbock and later Nashville, Tennessee. Another homecoming guest was the evangelist Curtis Hutson of Georgia, later the president and editor of the Sword of the Lord Foundation.[8]

There were other church observances throughout the year too, including "Old Fashioned Day" in November, when members and guests were encouraged to dress in the style of their grandparents or great-grandparents. Spencer considered it important for Christians to maintain contact with their family heritage in an otherwise rapidly changing world. At the time, Bethany held at least three week-long revival services per year, usually October, February, and June.[6]

In the fall of 1983, Bethany hosted the then traveling evangelist Jerry Johnston, later founding pastor of the large First Family Church of Overland Park, Kansas, which closed in 2011.[9]

Early in 1984, the Bethany revival service was led by pastor Buck Hatfield, who in 1969 had become the founding pastor of Faith Baptist Church in Snyder in Scurry County, some ninety miles south of Lubbock. Like Spencer, Hatfield had entered the ministry later in life after having been in his case in the restaurant business, the owner of the Sweet Shop in Snyder.[10]   Spencer's staff included Kevin O'Brien, a native of El Paso, Texas, and a graduate of the fundamentalist Baptist Bible College in Springfield, Missouri. A youth and song leader, O'Brien eventually became associate pastor, co-pastor, and pastor. He died at the age of fifty-two of prostate cancer after eleven years in the Bethany pulpit.[11] J. D. Young (born 1947) was Bethany's associate pastor prior to his acceptance of a lengthy assignment in Corpus Christi, Texas, and later at the Victory Baptist Church in Stinnett in Hutchinson County in the northern Texas Panhandle. Young has since retired and lives in Whitehouse in Smith County near Tyler, Texas.[12]

Bethany runs a bus ministry to assist members and guests unable to provide their own transportation, a particular benefit for children from lower socioeconomic levels. Separate worship services are provided for teenagers. There is sign language translation for the deaf. Bethany sermons are available, both video and audio, on the Internet.[13]   Spencer was known for his ability to reach his audience with basic Christian truths, often admonishing his listeners to "Do Right, Do Right, Do Right" when they confront challenges and evil temptations. Self-educated, Spencer attended many seminars over the years and visited other congregations to hear various ministers and to gain insight in preparation and delivery of his own sermons.[6] A member of Spencer's congregation, Johnny Dale Widener (born 1967), originally from Dumas in Moore County north of Amarillo, Texas, came to Lubbock to study at Texas Tech University. He was subsequently called to be a missionary to Ghana.[14]

Spencer retired from Bethany Church in October 1998 after twenty-five years in full-time ministry but always active, he subsequently took temporary assignments in other West Texas pulpits, including a lengthy stint at Grace Baptist Church in Andrews, near Midland, Texas. Spencer had spent nearly fifteen years in the carpet business when he received the call to the ministry while he was a member of the Wayne Avenue Baptist Church in Lubbock. Spencer had by-pass heart surgery in 2005 and in his later years was semi-retired in business for the firm, Lubbock Auto and Trailers at 8709 Highway 87 (Tahoka Highway). The couple returned temporarily to membership in the Wayne Avenue Church, an affiliate of the Baptist Bible Fellowship International.[6]

Wayne Avenue was established in 1963 as the Western Hills Baptist Church, by its founding pastor, J. R. Church.[15] Later J. R. Church established Prophecy in the News in Oklahoma City, Oklahoma, and was hailed in fundamentalist circles as a "true prophetic visionary."[16]    The third Bethany pastor, the Reverend John Aaron Denson, came from the Highland Baptist Church of Hobbs, New Mexico. In 2008, Denson succeeded the late Kevin O'Brien. In 2015, Denson moved to the pastorate of the larger Arden Road Baptist Church in Amarillo.[17] The Reverend Daniel James "Dan" Preston (born 1974), a native of Illinois who was reared mainly in Colorado, succeeded Denson in September 2015 to become the fourth and current pastor of Bethany Church.[18] 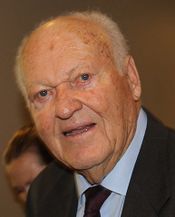 Ross and Louise Spencer have two daughters, both of whom reside with their husbands in Garland in Dallas County, Texas. Teresa Lynn Spencer (born February 1954) has been married since 2007 to Fred Lee Poston (born June 10, 1938).[19] Younger daughter Patricia Jan Spencer O'Brien (born December 29, 1959), often called "P. J.," is the wife of Ronald O. O'Brien (born December 26, 1956), a businessman and a younger brother of the late Kevin O'Brien.[2]The Spencers' son, Marcus Ross "Mark" Spencer (born April 1965), is married to the former Trecia Terry (born November 18, 1962). Formerly of Shallowater in Lubbock County, he has since resided in San Angelo, Texas.

One of Spencer's sisters, Aulma "Omie" Hines-Barrett  (1922-2004), operated a dry cleaners from 1968 to 1982 and was an active member of the Church of the Nazarene in her long-term city of residence, Las Cruces, New Mexico, to which she had relocated in 1954.[20] A brother, Amos (1924-2013), owned Spencer's Automotive Shop in Clarksville in Red River County and fought in the United States Navy in both World War II and the Korean War.[21] His last surviving sibling, Othal Edward "Ed" Spencer, Sr. (1930-2015), was a former Lubbock city firefighter who engaged in the carpet installation business in his later years in Bogata, owned a drive-in restaurant, and served on the Bogata City Council. Ed Spencer was married to the former Pearl Christine Martin, an older sister of Mrs. Ross Spencer.[22]

The Spencers since returned their membership to Bethany Church, which on August 12, 2018, observed its 45th anniversary, with Terry Randolph, pastor emeritus of the Cornerstone Baptist Church in Phoenix, Arizona, delivering the morning and evening sermons.

Spencer, who had long-term health issues, died one day after his 89th birthday. His service was held at 11 a.m. on June 16, 2022, at the Bethany Baptist Church with Steve Beebee and Pastor David Wood officiating. He was hailed in the service for his compassion and big-heartedness, love of Jesus and people, trustworthiness, faithfulness, and as a prayer warrior "one remarkable servant of God's Kingdom." The service revealed that Bethany Church had led more people to Christ than other churches in Lubbock, including some large congregations.

The service was live-streamed on the Bethany Facebook page. Spencer is interred at Peaceful Garden Cemetery in Lubbock.[1]