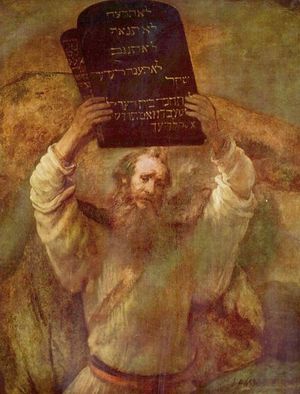 The Jewish Ten Commandments contain "I am the Lord thy God, who brought thee out of the land of Egypt, out of the house of slavery" as the 1st commandment, with their 2nd commandment combining the first two Protestant commandments "Thou shalt have no other gods before me: thou shalt not make unto thee any graven image...thou shalt not bow down thyself to them", and their listing of the remainder of their ten follows the Protestant listing.[12]

Author Dennis Prager, elaborated on the fact that it is people of faith, who adhere particularly to honouring the parents.[20]