The Social Gospel movement was a Protestant intellectual movement that was most prominent during the time period of 1880–1940 in the United States and Canada, during the Third Great Awakening. It applied Christian principles to social problems, especially poverty, inequality, liquor, crime, racial tensions, slums, bad hygiene, poor schools, and the danger of war. Theologically, the Social Gospel leaders were energized by the Third Great Awakening and were overwhelmingly "post-millennialist." That is they believed the Second Coming of Jesus Christ could not happen until humankind rid itself of social evils by human effort. For the most part, they rejected pre-millennialist theology (which was predominant in the South and among Fundamentalists), according to which the Second Coming of Christ was imminent, and Christians should devote their energies to preparing for it rather than addressing the issue of social evils. While many of the leaders of the Social Gospel openly opposed the full socialist doctrine, they were generally inclined to favor bigger government, the rights of labor, and a number of socialist ideas.[1] Several of the most prominent leaders were ardent and outspoken believers in Christian Socialism.

In the United States

The Social Gospel was a driving force in much of Protestant America. The Presbyterians said it best in 1910:[4]

The great ends of the church are the proclamation of the gospel for the salvation of humankind; the shelter, nurture, and spiritual fellowship of the children of God; the maintenance of divine worship; the preservation of truth; the promotion of social righteousness; and the exhibition of the Kingdom of Heaven to the world.

In the early 20th century, many Protestants were disgusted by the poverty level and the low quality of living in the slums, which had a strong Catholic base but few Protestants . The social gospel movement provided a religious rationale for action to address those concerns. Activists in the Social Gospel movement hoped that by public health measures as well as enforced schooling so the poor could develop talents and skills, the quality of their moral lives would begin to improve. Important concerns of the Social Gospel movement were labor reforms, such as abolishing child labor and regulating the hours of work by mothers. By 1920 they were crusading against the 12-hour day for men at U.S. Steel. Many reformers inspired by the movement opened settlement houses, most notably Hull House in Chicago operated by Jane Addams and many others after 1890. They helped the poor and immigrants improve their lives. Settlement houses offered services such as daycare, education, and health care to needy people in slum neighborhoods.

The movement influenced laymen as well as churchmen. Smith (2000) Smith shows how such businessmen as the department store innovator John Wanamaker, the factory owner and Toledo's mayor Samuel Jones, and the southern iron pipe maker John Eagan shaped their policies and practices to conform to their understanding of how Christianity should be expressed in their work.

Religious leaders in the South were theologically conservative, but most denominations supported the Social Gospel. For example, the Southern Baptists strongly supported some of the main Social Gospel campaigns, especially against liquor and saloons and sexual slavery. The spirit of today's campaigns against abortion very closely resemble the language and rhetoric and organizing techniques of the prohibition campaigns. The Southern churches were also active opponents of prostitution, obscenity and gambling, and they aligned with like minded politicians like Alben Barkley of Kentucky (who later became Truman's vice president). Most of the state Baptist conventions had "Christian Life Commissions" that echoed the Social Gospel (they were especially active in Alabama and Virginia). The Southern Methodist Church, then a separate denomination, was also active across the South in thses reform campaigns, as were the main African American denominations.

Smith (2000) reveal how the more theologically conservative evangelicals' support for the "Men and Religion Forward" movement reveals the influence of Social Gospel in a group usually seen as emphasizing personal salvation and reformation of individual vices.

In the United States prior to 1930, the Social Gospel was the religious wing of the progressive movement[5] which had the aim of combatting injustice, suffering and poverty in society. During the New Deal of the 1930s Social Gospel themes could be seen in the work of Harry Hopkins, Will Alexander and Mary McLeod Bethune, who added a new concern with African Americans. After 1940, the movement withered, but was invigorated in the 1950s by black leaders like Baptist minister Martin Luther King and the civil rights movement. After 1980 it weakened again as a major force inside mainstream churches; indeed those churches were losing strength. Examples of its continued existence can still be found, notably the organization known as the "Call to Renewal" and local organizations like the Virginia Interfaith Center for Public Policy. 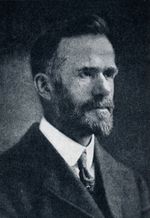 In Britain and Canada

The Social Gospel movement in the United States was parallel to the Christian socialism movement in Britain at about the same time.[6] The two movements came together in Canada, where they were especially influential. Many ministers became active in the socialist movement in the form of the Cooperative Commonwealth Federation (CCF) and later the New Democratic Party. Tommy Douglas, a Baptist minister, was leader of the CCF from 1942 and the premier of Saskatchewan from 1944 to 1961, where he led the first socialist government in North America and introduced universal public medicare to Canada. From 1961 to 1971 he led the New Democratic Party at the federal level.[7]

The Social Gospel preached the doing of good works especially to help social problems such as crime and poverty, so that societal problems would cease. Only then would Jesus return. The notions of the social gospel appeared primarily in the United States especially among theologically liberal Protestants. The social gospel was criticized by more traditional Protestants as abandoning faith for works and not focusing on the essential matter of personal salvation.

As a general rule, the Social Gospel rejected tenets of individualism in favor of the collective.[8][9]

Rejection of the Individual

While their theology was to preach good works to help resolve social problems, their goal was the basic transformation of the American social order by attacking what it believed to be the problem: individualism.[10] The new emphasis on "social Christianity" did foster some criticism among some Protestants, but the Social Gospellers were able to straddle a kind of middle ground by only rejecting some aspects of individualism; primarily, those of economic and social theories.[11]

This is where the middle ground lay between the socialist and non-socialist elements of the Social Gospel lie, as it was for the rest of the Progressive Movement.[12][13]

Washington Gladden and Walter Rauschenbusch argued the most forcefully and clearly about this.[12] Gladden wrote "I do not believe that political society or industrial society or any other society will endure on a purely individualistic basis.[14] Rauschenbush was the most clear and concise: "individualism means tyranny."[15][16]

With the individual rejected and the collective embraced, the State becomes the primary agent for coercion,[8] especially for the most ardent socialists in leadership roles.[1]

Conservative evangelical Christians oppose the Social Gospel. They note that the Social Gospel downplays major doctrines including "sin, salvation, heaven and hell, and the future kingdom of God."[17] While noting Christ's example and agreeing that Christians should help the poor, they note the example of Jesus in prioritizing spiritual matters.[17]

Another sharp critic was Neo-Orthodox theologian Reinhold Niebuhr, who in 1936 defined the assumptions of the Social Gospel in terms of six propositions:[18]

The Social Gospel theme is reflected in the novels In His Steps (1897) and The Reformer (1902), the creations of the Congregational minister Charles Sheldon, who coined the motto "What would Jesus do?" Sheldon was committed to Christian Socialism and identified strongly with the Social Gospel movement. Walter Rauschenbusch, one of the leading early theologians of the Social Gospel in the United States, indicated that his theology had been inspired by Sheldon's novels.

John A. Ryan's A Living Wage also emerged as a cognate of the movement,[19] as did Jacob Riis' How the Other Half Lives.[20]

The Social Gospel is still influential in Canada's United Church and in the Anglican Church. Social Gospel elements can be found in many service and relief agencies associated with Protestant denominations and the Catholic Church in the United States. It also remains influential among Christian socialist circles in Britain in the Church of England, Methodist and Calvinist movements.

In Catholicism, liberation theology has similarities to the Social Gospel.