From Conservapedia
(Redirected from Liberal Christians)
Jump to: navigation, search

Not to be confused with the Christian left.

Liberal Christianity (also called Theological Modernism or Progressive Christianity) is a broad term which basically refers to a movement within American Protestant denominations to stress the social role of Christianity, as in the Social Gospel of the early 20th century. This movement is characterized by a lack of emphasis on or denial of the plenary Divine inspiration and authority of the Bible, and commitment to doctrinal purity. Prevalent Biblical themes such as repentance from personal moral sin, hell and damnation for those who reject Christ, His blood atonement and His future literal reign are minimized, or militated against. In 1937, H. Richard Niebuhr summarized their basic gospel message as preaching that "A God without wrath brought men without sin into a kingdom without judgment through the ministrations of a Christ without a Cross."[1][2]

Theologically, Liberal Christianity stresses a basic continuity between man and God, emphasizing the immanence of God rather than His transcendence. It tends to see religious knowledge emerging from research and the use of reason, as superior to Biblical revelation. Thus the liberal idea of religion as a personal relationship with God is one which is not necessarily bound to a Biblical doctrinal basis. This stands in in contrast to salvation resulting from faith in the Biblically substantiated gospel of grace, and in conformity with orthodox theological beliefs.

Doctrines that did not relate well to religious experience or moral experience tended to disappear.

Role of the Bible

Liberals view the Bible as the witness of God rather than the word of God. Strangely the view looks for support by a type of literal interpretation — though this should not be confused with the form of Biblical literalism found in fundamentalist and conservative churches — of the words of Paul in his second letter to Timothy:

All Scripture is given by inspiration of God, and is profitable for doctrine, for reproof, for correction, for instruction in righteousness,... 2_Timothy 3:16

Here some see Paul conveying that that scripture is a direct result of the authors contact with God ("witness"), whilst stopping short of claiming actual divine authorship ("word"). Conservative Christians would answer that Paul states here that the words which make up scripture are God-breathed, and that the Bible records God's promise to preserve His words, not merely His ideas.[4][5]

As a result, Liberal Theologians view the Bible as a text to be interpreted in its historical context but through liberal critical analysis.[6] As a result, many hold that texts such as Genesis’ early chapters or Old Testament miracles are poetry or fables — having a message, but not to be taken literally (in spite of thew New Testament referring to such as literal events).[7] This approach began to dominate most Protestant denominations in the early 1900s, and was challenged by Neo Orthodoxy and Fundamentalism after 1940. Examples today include some churches within Anglican/Episcopalian, Lutheran, Methodist, Presbyterian, and United Church of Christ churches.[8] The word "liberal" in liberal Christianity does not refer to any political agenda or set of beliefs, although liberal theological beliefs will often form the basis of liberal political beliefs.

In addition, liberal Christians are seen taking an unwarranted pick-and-choose approach to the Bible, declaring that passages which they favor were intended by God to be followed today, while other parts are outdated or need to be reinterpreted, in order to conform with current trends. As needed, the spirit of the Bible is emphasized in such a way that its specific wording can be ignored or negated. As Machen comments,

Admitting that scientific objections may arise against the particularities of the Christian religion—against the Christian doctrines of the person of Christ, and of redemption through His death and resurrection—the liberal theologian seeks to rescue certain of the general principles of religion, of which these particularities are thought to be mere temporary symbols, and these general principles he regards as constituting "the essence of Christianity.[9]

Rather than the Bible being wholly inspired by God, many liberal Christians believe that the Bible was the work of numerous editorial redactors[10][11] — homophobic ones in cases where pro-homosexual writers wish to see homoeroticism positively portrayed between Bible characters — or even that certain parts of the Bible that do not agree with liberal theology are later additions that do not belong in the Bible at all.[12] In extreme cases, some liberal Christians even engage in politically correct censorship against those who quote Bible verses that tend to disprove a liberal Christian position. It may also esteem other books as works of God as well as the Bible. Some liberal Christians argue that correct Christian doctrine is whatever each individual believer deems it to be.

Most of those within mainline denominations evidence beliefs and its effects which are at variance with Biblically-based historical Christian faith.[13] Two issues usually indicative of liberal denominations are support for abortion and homosexuality. For a more detailed treatment, see Homosexuality and Christianity.


Some liberal Christians acknowledge that an omnipotent God could easily preserve His words and conclude that, for whatever reason, He has chosen not to do so, instead leaving us to our subjective impressions of God's will.[14]

In terms of economics, liberal Christianity emphasizes Testament eschatology towards the Kingdom of God into the liberal "law of progress." History does indeed show a growing maturity in technology, thought, and social relations, but conservatives argue there is nothing within the forces of history to suggest that good will triumph over evil. Conservatives say liberals deemphasize sin, i.e. evil triumphing over good.[15]

Strong elements in liberal Christianity have opposed Zionism since 1920, while at the same time combating intolerance and social hostility toward Jews inside the United States. Support for Zionism is a core belief of Fundamentalism.

In American Protestantism and a Jewish State (1973) an Israeli government official Hertzel Fishman analyzed several years (1937-1967) worth of Christian Century and concluded that the magazine consistently and historically opposed a Jewish State in Palestine, obstructed immigration of Jewish refugees, minimized the Holocaust, tried to reduce Israel's boundaries and supported Arab 'rights'." Although Dr. Fishman found instances of the magazine denouncing individual acts of anti-semitism, he found that the magazine was consistent in its intolerance and opposition to collective acts of a Jewish "peoplehood."[17]

Espousing a liberal view of Christianity invalidates a person's Christian witness. If a self-proclaimed Christian does not take the entire Bible seriously, unbelievers will assume that they need not do so, either.

The first-quarter 20th century neo-orthodoxy movement was a renewal of Christian doctrines that had been neglected by liberal Christianity within the American and European academy. At the heart of the neo-orthodox renewal appeals to symbolic and aesthetic interpretations of long forgotten Christian doctrines can be found in the works of Karl Barth, the Niebuhr brothers, and Paul Tillich.

According to a 2007 study reported in the Journal of Family Issues, adherents of liberal Christianity are more likely to engage in marital infidelity than theologically conservative Christians.[18] The Wall Street Journal reported that adherents of liberal Protestant denominations are more likely to be superstitious than evangelical Christians.[20]

Kaufman wrote in his 2010 book Shall the Righteous Inherit the Earth? concerning America: 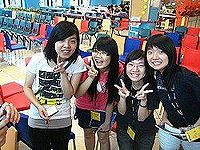 It is thought that given the increase in the availability of public's access to global communications that the more theologically conservative non-Western Christianity could influence Western Christianity to move into more theologically conservative direction.[33] For example, non-Western Anglicans are exerting influence in the worldwide Anglican communion as far as the Anglican Communion's policy concerning homosexuality.[34][35]