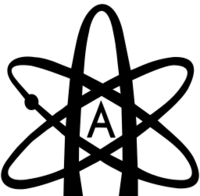 Suzanne Moore wrote in The Guardian about secular humanist events:

Atheist weddings in the Western World

Due to the Christianization of the Western World, in the West atheist weddings are generally similar to Christian weddings minus the religious elements.

Other atheist wedding ceremonies in Asia

Atheistic cultures/subcultures and the naming of children

A significant portion of atheists believe an atheist movement and atheist leadership is pointless. In short, they see no point to organized atheism or organized religion. So atheism never developed a tradition of naming children after prominent atheists. At the same time, in recent years celebrity atheists have begun to have cult-like followings, but atheists are not commonly naming their children after them (see: Atheism and groupthink and Richard Dawkins' cult of personality).

In addition, in religious cultures children are given attribute names such as "Faith", "Hope", Daniel (means God is my judge), etc. However, in the Western World, atheists do not name their child "Freethinker", "Rational" (rationalist), "Objective" (Objectivism), etc. Various names for atheists in the Western World are often considered pretentious in the wider society which would result in atheist children being bullied by their peers (See: Atheism and pretentious monikers).

Secular leftists governments are often authoritarian with strong central governments and they have many rules and regulations. In a number of countries in secular Europe there are rules for the naming of your children.

Atheism is part of the ideology of communism (see: Atheism and communism).

Atheist funerals in the Western World

Funerals in some Asian atheistic countries

The atheist Madalyn Murray O'Hair, founder of the American Atheists, had a public relations controversy when one of her supporters suggested that an atheist funeral was a contradiction. The supporter said it was best to throw the body in a hole and move on.[7]

Atheism has no holidays. The Jewish comedian Henny Youngman joked about atheism, "I once wanted to become an atheist but I gave up . . . they have no holidays."[8]

Darwin Day is an unofficial celebration of Charles Darwin's birthday, February 12. It is supported by various atheist, irreligious, antichristian, and evolutionist groups and organizations as well as schools and biology programs.

Since World War II a majority of the most prominent and vocal defenders of the evolutionary position which employs methodological naturalism have been atheists and agnostics.[9]

There is a cult of personality and type of religiousity currently surrounding Charles Darwin. Stephen Jay Gould wrote the following in 1978: ""... all theories [of natural selection] cite God in their support, and ... Darwin comes close to this status among evolutionary biologists ...".[10] In 2002, Michael White similarly wrote: "Of course today, for biologists, Darwin is second only to God, and for many he may rank still higher."[11]

See also: Atheist art and Atheist music and Atheist poetry and Atheism and architecture and Argument from beauty