The Encyclopedia Britanica (Edinborough 1771) in its article on atheism declared; "Many people both ancient and modern have pretended to atheism or have been reckoned atheists by the world, but it is justly questioned whether any man seriously adopted such a principle. These pretentions therefore must be founded on pride or affection."[1]

It has been asserted by various theists that atheists do not exist. Sir Francis Bacon wrote in his essay Of Atheism: "The Scripture saith, The fool hath said in his heart, there is no God; it is not said, The fool hath thought in his heart; so as he rather saith it, by rote to himself, as that he would have, than that he can thoroughly believe it, or be persuaded of it....It appeareth in nothing more, that atheism is rather in the lip, than in the heart of man."[2]

In addition, Christian philosophers and apologists Dr. Cornelius Van Til and Dr. Greg Bahnsen argued there are no atheists and that atheists are actively suppressing their belief and knowledge of God and enigmatically engage in self-deception.[3] The English poet Edward Young wrote in his famous work Night Thoughts that "By night, an atheist half-believes a God."[4] See also: Atheism and presuppositional apologetics

The Christian Cyclopedia states regarding atheism: "It is not possible for a man to be an atheist, in the commonly accepted sense, in his innermost conviction. No amount of reasoning will erase from the human heart the God-given conviction that there is a Supreme Being; those who theoretically deny God's existence replace Him with something else."[5]

A famous phrase, most often attributed to journalist Ernie Pyle, states, "There are no atheists in foxholes."[7] Although this aphorism has a narrow context (military personnel serving in active duty) and is not always meant to be taken literally, there is at least some truth to it. It shows that it is human nature to look to some higher power for assistance, strength, comfort, or guidance in times of great need.

Atheists on online forums have stated that they would not be Christian even if Christianity were true, showing that atheism stems from a hatred, not disbelief, of God.[8][9]

Emotional reactions of atheists may reveal echoes of belief

See also: Atheists doubting the validity of atheism and Atheism and emotional problems

Atheism, hatred of God and denials that God exists 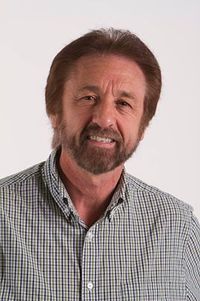 The Christian evangelist Ray Comfort contends that atheists hate God because they know that He does exist.[13]

Comfort declared in 2009: "Atheists don't hate fairies, leprauchans or unicorns because they don't exist. It is impossible to hate something that doesn't exist. And that makes the point."[14]

The Christian evangelist Ray Comfort contends that atheists hate God because they know that He does exist.[18] Comfort declared in 2009: "Atheists don't hate fairies, leprauchans or unicorns because they don't exist. It is impossible to hate something that doesn't exist. And that makes the point."[19]

Research and historical data indicate that atheists/agnostics often see the world and their lives as being the product of purposeful design (see: Atheism and purpose).[27]