Below are some atheism quotes from notable scientists, theologians, scholars, public figures, atheists and others.

Both contemporary and ancient atheism quotes are provided.

Further: Atheism and the suppression of science “Atheism is psychologically impossible because of the way humans think... They point to studies showing, for example, that even people who claim to be committed atheists tacitly hold religious beliefs, such as the existence of an immortal soul.” - Graham Lawton in the New Scientist science magazine [13]

“A slew of cognitive traits predisposes us to faith.” - Pascal Boyer, in the British science journal Nature [13]

The Christian apologist Tom Gilson, after citing cases where atheists hold to views without sufficient evidence, quotes the prominent atheist Thomas Nagel who declared; "I want atheism to be true and am made uneasy by the fact that some of the most intelligent and well-informed people I know are religious believers. It isn’t just that I don’t believe in God and, naturally, hope that I’m right in my belief. It’s that I hope there is no God! I don’t want there to be a God; I don’t want the universe to be like that."[15]

Napoleon I by Jacques Louis David 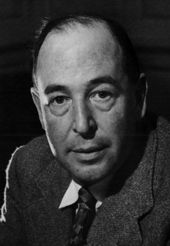 Jeremy Taylor wrote: "Can any thing in this world be more foolish than to think that all this rare fabric of heaven and earth can come by chance, when all the skill of art is not able to make an oyster?

To see rare effects and no cause; an excellent government and no prince; a motion without an immoveable; a circle without a centre; a time without eternity; a second, without a first...these things are so against philosophy and natural reason, that he must needs be a beast in his understanding that does not assent to them...the thing framed, says that nothing framed it...and that which is made is, [while] that which made it is not. [T]his folly is...infinite." In a 2014 New Republic article entitled "The Closed Mind of Richard Dawkins: His atheism is its own kind of narrow religion", the atheist philosopher John Gray wrote: Eric Kaufmann, a professor at Birkbeck College, University of London, using a wealth of demographic studies, argues that there will be a significant decline of global atheism in the 21st century which will impact the Western World.[92]

See also: Global atheism and Desecularization and Atheism and marriage and Atheist marriages

Quotes about the atheist movement

See: Quotes about the atheist movement

Since his Elevatorgate scandal, various embarrassing posts to Twitter and other embarrassing public statements, atheists are divided on whether the new atheist Richard Dawkins is an asset or a liability to the atheist movement.[97]

Quote about atheistic China where Christianity is rapidly growing

Below is a quote relating to China which currently has the world's largest atheist population:

A November 1, 2014 article in The Economist entitled "Cracks in the Atheist Edifice":

Jürgen Habermas is a prominent German sociologist and philosopher. Habermas describes himself as a "a methodical atheist".[99]

In a 2006 essay, Habermas wrote: “secular citizens in Europe must learn to live, the sooner the better, in a post-secular society and in so doing they will be following the example of religious citizens, who have already come to terms with the ethical expectations of democratic citizenship. So far secular citizens have not been expected to make a similar effort.”[100]

Quote on the collapse of atheism in the former Soviet Union

See: Collapse of atheism in the former Soviet Union "The fool has said in his heart, 'There is no God.' They are corrupt, they have done abominable works, there is none that doeth good." - The psalmist David, Psalms 14:1 (KJV)

The psalmist David also stated that "The heavens declare the glory of God..." - Psalms 19:1

The Apostle Paul wrote to the Romans that the creation testifies the existence of God, when he wrote the following:

Plato declared atheism is a disease of the soul before it becomes an error of understanding.[105]

Kurt Vonnegut was a popular American novelist and short story writer. He was also an atheist/agnostic.[110]