From Conservapedia
(Redirected from Atheism and Debate)
Jump to: navigation, search 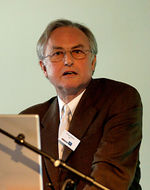 In regards to atheism and debate, there was a debate between atheist philosopher Kai Nielsen and Christian theist philsopher J.P. Moreland. Internet Infidels states the following regarding J.P. Moreland's book Does God Exist? which mentions the debate: