Dr. Greg Bahnsen became known as "the man atheists fear most" due to Michael Martin's cancellation of their scheduled debate.[1][2]

The have been a large number of Atheism vs. Christianity debates on a variety of topics.

At the same time, in 1990, the atheist philosopher Michael Martin indicated there was a general absence of an atheistic response to contemporary work in the philosophy of religion and in jest he indicated that it was his "cross to bear" to respond to theistic arguments.[3] Yet, in 1994, Michael Martin was criticized for his eleventh hour cancellation of his debate with Greg Bahnsen (see: Greg Bahnsen and debate and Bahnson-Martin debate press release).[4][5] See also: Atheist apologetics

In 2004, Professor Alister McGrath, professor of historical theology at Wycliffe Hall, Oxford University declared, "The golden age of atheism is over."[8] The atheist Jacques Berlinerblau concurs and he declared in 2011: "The Golden Age of Secularism has passed." [9]

The situation has become even worse for atheist community in recent years as the quality of their arguments has diminished and the percentage of atheists in the world is decreasing, while the proliferation of Christian apologetics/apologists is increasing in the world. For example, there is the Trinity Graduate School of Apologetics and Theology initiative which offers quality Christian apologetics for free to third world country students and charges extremely low costs for others. In addition, Ratio Christi is launching Christian apologetics clubs at college/university campuses.

Websites and other resources specifically dealing with atheism

The Wall Street Journal reported: "A comprehensive new study released by Baylor University yesterday, shows ...that the irreligious and the members of more liberal Protestant denominations, far from being resistant to superstition, tend to be much more likely to believe in the paranormal and in pseudoscience than evangelical Christians."[12] See: Irreligion and superstition and Atheism and irrationality

Atheism and the weighing of evidence

Rebuttals to God of the gaps argument

Argument from experience and miracles Transcendental argument for the existence of God

See also: Transcendental argument for the existence of God

Debates on the transcendental argument for the existence of God

Existence of the universe

Atheism and incoherence and inconsistencies 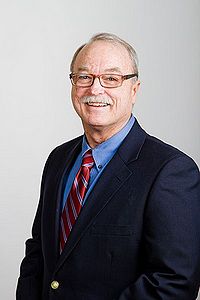 Atheism and some recent events Jonathan Sarfati is a scientist who works for Creation Ministries International.

Effect of atheistic ideology on culture

Sweden is one of the most atheistic countries in the world.[13] In Sweden, phenotypic intelligence is now declining.[14] See: Atheism and intelligence

A common and legitimate criticism of the atheist worldview is that atheism is irrational.[15]

Research suggests that irreligiousity is a causal factor for domestic violence.[16] Eric Kaufmann, a professor at Birkbeck College, University of London, using a wealth of demographic studies, argues that there will be a significant decline of global atheism in the 21st century which will impact the Western World.[17][18][19][20]

As noted above, the Oxford University Professor Daniel Came wrote to the new atheist Richard Dawkins:: "The absence of a debate with the foremost apologist for Christian theism is a glaring omission on your CV and is of course apt to be interpreted as cowardice on your part."[22]

General Works Relating to Atheism and/or Defense of Theism

Books on the New Atheism

Books on the causes of atheism