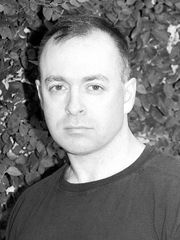 The atheist divorce rate is a steep 37%.[3] Additionally, 51% of atheists are likely to cohabit and 31% of atheists never actually get married.[3] Christian apologist Michael Caputo wrote:

Scientific research has demonstrated that active churchgoers are "35% less likely to divorce than those who have no religious preferences".[5]

Theodore Beale declared that according to the 2001 American Religious Identification Survey (ARIS) "more than half of all atheists and agnostics don’t get married."[6]

The social researcher and author Shaunti Feldhahn found that those who attend church regularly have a significantly lower divorce rate than those who don’t.[7][8] Feldhahn conducted eight years of research on divorce statistics and examined U.S. Census data, data from various university centers and relevant books/journals.[9] In addition, Feldhahn interviewed social science researchers about their methodology and to confirm various quotes.[10]

Other factors related to low marriage rates of atheists

Survey data and website tracking data of prominent atheists' websites indicate that in the Western World, atheism is significantly less appealing to women.[13][14][15] Studies also indicate that atheists are a minority in the population. In addition, studies indicate that people tend to marry people with similar values or who resemble their parents or themselves.[16][17]

Given that atheism appears to be significantly less appealing to women, atheists are a minority in many parts of the world and that people tend to marry people with similar values or who resemble their parents or themselves; this would suggest that male atheists may find it more difficult to find prospective female partners for marriage. And of course, militant atheism might make matters even more difficult.

Furthermore, the Bible teaches Christians not to marry a non-Christian (The Bible also teaches a believer to stay married to a non-believer if you are already married).[18] Also, interfaith marriages often have greater marital friction and interfaith marriages historically have had higher rates of divorce.[19] According to a Washington Post article, "According to calculations based on the American Religious Identification Survey of 2001, people who had been in mixed-religion marriages were three times more likely to be divorced or separated than those who were in same-religion marriages." [20] Therefore, it would not be surprising if atheist/theist marriages also have increased marital friction and higher rates of divorce since these two worldviews are so different.

No doubt partly due to atheist men significantly outnumbering atheist women and the fact that atheists lean towards the liberal/left end of the political spectrum, the NY Times reported that "Secular Americans welcome the rise of interfaith unions as a sign of societal progress."[21]

Michael Blume, a researcher at the University of Jena in Germany, wrote concerning the sub-replacement fertility rates of most atheist populations: "Most societies or communities that have espoused atheistic beliefs have not survived more than a century." Blume also indicated concerning concerning his research on this matter: "What I found was the complete lack of a single case of a secular population, community or movement that would just manage to retain replacement level."[22] See also: Atheism and sexuality

In addition, professor Eric Kaufmann using a multitude of demographic studies argues in an academic paper entitled Shall the Religious Inherit the Earth? Demography and Politics in the Twenty-First Century the decline of atheism in terms of its global adherents is an established trend that will persist for the foreseeable future and the rate of decline will accelerate. In the Western World, due to immigration and the higher birth rates of religious people, Kaufman writes: "Committed religious populations are growing in the West, and will reverse the march of secularism before 2050."

The atheist population has a higher suicide rate than theists (see: Atheism and suicide).

Vox Day declared that according to the 2001 American Religious Identification Survey (ARIS) "more than half of all atheists and agnostics don’t get married."[24]

See also: Prominent atheists whose wives believe in the existence of God and Atheism and women

The atheist Richard Carrier divorced his wife and now practices polyamory.[28] Before divorcing his wife, he was involved in adulterous affairs[29]

Carrier advocates the crank notion that Jesus never existed and is merely a myth which is a baseless, extreme minority position among historians and contrary to abundant historical evidence pointing to Jesus being a historical figure (The Great Soviet Encyclopedia, a parcel of the propaganda of the atheistic, communist Soviet Union, is the only encyclopedia to ever advocate the Christ myth. See also: Historicity of Jesus).[31][32][33]