From Conservapedia
(Redirected from Atheism and Evolution)
Jump to: navigation, search

Late in Charles Darwin's life, Darwin told the Duke of Argyll that he frequently had overwhelming thoughts that the natural world was the result of design.[1] See also: 15 questions for evolutionists

Since World War II a majority of the most prominent and vocal defenders of the evolutionary position which employs methodological naturalism have been atheists.[2] The prominent new atheist, agnostic and evolutionist Richard Dawkins claims that "Darwin made it possible to be an intellectually fulfilled atheist".[3]

The majority of Western World atheists are evolutionists. As far as nontheist Buddhism, as no major beliefs/principles of Buddhism are contrary to it, many Buddhists are also evolutionists.[4][5]

Evolution as a secular origins myth[edit] 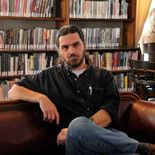 A beggar in Cambodia. In Cambodia, the vast majority of the population adheres to a nontheistic form of Buddhism called the Theravada school of Buddhism. A comprehensive study by Harvard University professor Robert Putnam found that religious people are more charitable than their irreligious counterparts.[14] See: Atheism and uncharitableness

See also: Atheism and uncharitableness and Atheism, social justice and hypocrisy and Western atheism and race

Also, according to a video posted at Freethought Blogs storefront churches provide assistance to local residents including women, and this partly explains the dearth of Hispanic and African-American women atheists in America (Atheists give less to charity than Christians. See: Atheism and uncharitableness).[17]