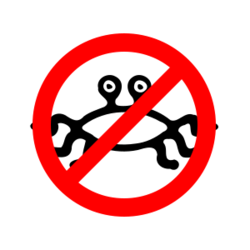 Since then, many atheists and secularists have claimed to be "Pastafarians", implicitly using its obvious shortcomings to criticize actual religions, especially Christianity. More prominent atheists and agnostics have also mentioned it, such as new atheist Richard Dawkins in his book The God Delusion.

"Pastafarians" worship the Flying Spaghetti Monster, a flying pile of spaghetti and meatballs, by eating spaghetti and dressing in pirate regalia. "Pastafarianism" also holds pirates in high esteem, claiming that they were good men whose deeds were perverted by the media. They attribute global warming to the decrease of pirates, presenting graphs showing that global temperatures have risen over the past centuries in rough inverse correlation to the number of pirates.

According to the letter by Bobby Henderson to the Kansas Board of Education, the Flying Spaghetti Monster has the following powers:

Rory Fenton, who is the president of the National Federation of Atheist, Humanist and Secular Student Societies (AHS) declared in 2014:[5]

"...at London South Bank University our members were told they could not invite speakers who criticised religion at all, or even engage religious societies in debates, putting joining the South Bank Atheist Society on a par with joining the BNP. This February the same university banned images of the Flying Spaghetti Monster, a satirical deity in which nobody believes, on the grounds that they were "religiously offensive".[6]

Muslims were offended by the Flying Spaghetti Monster.[7]

See also: Desecularization of Britain in the 21st century