From Conservapedia
(Redirected from Sexual Revolution)
Jump to: navigation, search 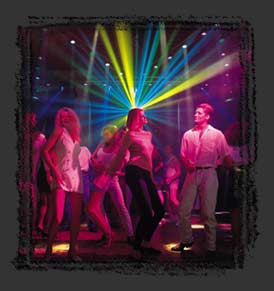 The sexual revolution of the 1950s and 1960s was based on the ideas of three atheist men: Sigmund Freud, Alfred Kinsey,[1] and Hugh Hefner, although the doctrines of the sexual revolution ... had their roots in the "free love" movement of both English and German Romanticism from the 1790s to the 1840s (Novalis, Friedrich von Schlegel, William Blake and Lord Byron) and in Margaret Sanger's writings in the early 20th century.[2][3]

Freud claimed that sexual desire could not be controlled or channeled without causing harm to one's psyche. In his model of mental illness, repression would lead to neurosis, because of the dictates of the unconscious mind.

Hefner's "playboy philosophy" was merely a retread of Hedonism, an entirely self-centered pleasure-based life (see also Utilitarianism). What Kinsey did for the science of sex, Hefner did for its popular image - weakening taboos and allowing open discussion.

The sexual revolution gained great traction in the 1960s with the invention of the birth control pill, and in the 1970s with the legalization of abortion, as these helped separate sexual activity from the consequence of pregnancy. With sex now reduced to a low-risk activity, the deterrent against premarital or casual sex and promiscuity was greatly reduced. Sex purely for recreation became possible, without the need for a married family to raise any children produced. This began weakening the social significance of marriage - long-term sexual relationships without the need for marriage became increasingly common.

Problems with sexually transmitted diseases, notably herpes and the AIDS epidemic, served to dampen these activities, by creating an obvious drawback to promiscuity.

In response to the sexual revolution, American conservative groups laid policies to restore the lost connection between sex, reproduction and marriage and to set up education programs to reinforce the importance of confining sex to married relationships only. This approach eventually formed what would become abstinence only education.

In the 2nd century AD, one of the heretical sects established by Marcion embraced the basic Gnostic convictions that The God of the Old Testament is not Father of Jesus Christ, but an inferior deity who was ignorant and vengeful, foreign to the principle of "unlimited love" taught by their version of Jesus. They regarded the created world we live in as a miserable product of this inferior deity who also devised the degrading method of sexual reproduction. Thus, Marcion rejected marriage and required that his followers should not help this "malevolent" creator to keep the miserable show going on. Some Gnostics turned the argument the other way and maintained that since this mortal body will perish in any case, it does not hurt the divine spark within you if you let the body to have the sensual, mostly sexual, pleasures it longs for. These heretical views represented so serious challenge to the early church that the church father Tertullian devoted several years to writing five monumental books refuting Marcion.[6]

Perhaps the artistic and philosophical movement most supportive of sexual libertinism was late 18th and early 19th century Romanticism in England and Germany. The famous magazine of the Schlegel brothers, the "Athenaeum", is that leading organ of this stage of development of Romanticism. Here Romantic individualism rages on the most limitless. Particularly significant is the demand for absolute freedom of the erotic-sexual life and the self-dissolution of art forms through the sovereign unrestrained freedom of creative subjectivity. In Schlegel's novel "Lucinde" free love and erotic libertinism is glorified. The German playwright and poet Peter Hacks (1928-2003) wrote: "Schlegel's Lucinde brought to life a giant egg. The egg contained two yolks, they both burst. Out of the one came Friedrich Nietzsche, out of the other Richard Wagner."[7]

Notable among proponents of polygamy and free love were also the English Romantics William Blake and George Gordon, Lord Byron. Blake explicitly compared the sexual oppression of marriage to slavery in works such as Visions of the Daughters of Albion (1793). Blake was critical of the marriage laws of his day, and generally railed against traditional Christian notions of chastity as a virtue. He and his openly bisexual contemporary poet Lord Byron are considered pioneers of the sexual counter-culture.[8]

Is Lukacs rightly or wrongly criticized?

The Hungarian Marxist philosopher and art critic Georg Lukacs is sometimes falsely accused of being a proponent or even a founder of "cultural terrorism" or of introducing pornography in schools. During his two months (March-May 1919) as People's Commissar for Education and Culture Lukacs did indeed change the school curriculum (he also famously socialized classical theaters): He replaced Catholic religious education with sociology and introduced sex education in Hungarian schools for the first time. There are two sources describing in more detail what form that took: Historian Werner Jung's work on Lukács published in 1989 and sociologists Michael Löwy's George Lukács - from romanticism to Bolshevism. published in 1979.

What they described as the content of the sex education classes introduced by Lukács is fairly tame by European standard of modern sex ed, which is rather unsurprising given that we are talking about the early 20th century here. Instead of pornography, it consisted of explaining human reproductive organs, introducing students to safe sex and talking about sex outside of the structure of human reproduction as something that people do for pleasure. Which is a far cry from pornography, "denouncing the family" and such things.

The claim of Lukács "evil sex ed" was popularized in the English-speaking world by Hungarian emigre and professor of political science at Maryland University, Victor Zitta, who in one of his works about Lukács and his biography relied almost exclusively on official histories of the Hungarian post-war period by the Horthy regime – a regime known for its anti-Semitic and fascist policies and for its collaboration with Nazi Germany. Zitta's book is known for its many inaccuracies: for example, it claims that "on the day of the proclamation of the Commune, Lukacs took the poet Endre Ady from his deathbed and brought him to the central Budapest square to declare him a saint of the Commune". In fact, Endre Ady had died two months before the day of the proclamation of the Commune.[9]

Lukacs' views on such issues as libertinism and homosexuality were, in fact, much more "conservative" than his Zitta-inspired critics made them to be. For example, in his work "Die Romantik als Wendung in der deutschen Literatur" he strongly opposes the Romantics' sexual libertinism as a sign of moral decadence, while in his 1934 piece "Hölderlin's Hyperion" he refers to homosexuality as one of the negative traits of the poet Stefan George ("Hölderlin’s Hellenic and republican cult of friendship, for which his models were the [would be] tyrannicides, Harmodius and Aristogiton, is transformed into a prefigurement of the aestheticist, decadent, homosexual George circle.").[10]

Lukacs even went on to become the Culture Minister in the government of the Hungarian Revolution in 1956, a historical event usually celebrated by American conservatives.

Cultural marxists including Wilhelm Reich, representant of the Frankfurt School and author of Die Sexualität im Kulturkampf ("sexuality in the culture war"), 1936 (published later in English as The Sexual Revolution), promoted to America what later became known as cultural terrorism: radical sex education in public schools, covering such subjects as free love, outdatedness of monogamy, irrelevance of religion and the archaic nature of middle-class family. Women were called upon to rebel against sexual mores of the day, such being the core values to Christianity and Western culture. His ideas later became the basis for the sexual revolution embraced by a generation of drug-challenged baby-boomers.[11]