Walt Disney (December 5, 1901 – December 15, 1966) was America's iconic cartoon entrepreneur and a pioneer in the film and theme park industries. He was the founder of The Walt Disney Company. Walt Disney was not only an artist, but hired several talented animators and performers of his day. In politics, since around the year 1940, Walt Disney was socially a prominent conservative, and even had a bumper sticker supporting Barry Goldwater on his golf cart during the opening of Walt Disney World.

Late in life he developed Disneyland in Southern California, which the company duplicated in Walt Disney World (Orlando, Florida), as well as Tokyo, Hong Kong, and Paris.

He married an employee Lillian Bounds in 1925, and, unlike many Hollywood marriages, their marriage lasted for over 40 years.[1]

Disney first gained fame with Mickey Mouse in the 1920s-30s and for creating in 1937 the very first full-length animated feature ever, Snow White and the Seven Dwarfs.

After his death, his brother Roy Disney ran the business until his death in 1971.

Posthumously, Walt Disney had been accused of being a Nazi sympathizer, a fascist, and an anti-Semite by various liberals/leftists, including Meryl Streep, as well as being depicted that way in shows such as Seth MacFarlane's animated show Family Guy and also in Robot Chicken. This is false, as during World War II, he made various propaganda cartoons for America, with some of his cartoons, including Education of Death and Der Fuerher's Face, being explicitly anti-Nazi in nature due to his strong American patriotism, that made him also a firm and convinced anti-Communist.[2][3][4] Walt Disney was a strong believer in traditional values like family and American patriotism and supporter of freedom of creative and artistic expression. He is often falsely and baselessly accused of being a Mason/Freemason and even an Illuminati even by other so-called "conservatives" and "Christians" and fake QAnon accounts due to Internet and media mis/disinformation basing merely on links to the Order of DeMolay[5] and apparent subliminal messages in a number of Disney Company films and marketing images (many of which are clearly fake, unofficial and manipulated videos and images by trolls and detractors and others are simply forcefully too read into or were edited and corrected just at the first notice), however, Walt never joined any Masonic lodges and those films containing those specific infamous suspect subliminal images were made after the death of Walt and Roy. Others that are instead CLEARLY subliminal sexual images and messages, even in toys and other physical products, are creations of the "secular progressive" Disney Company post-Eisner (liberal progressive, like Bob Iger and Bob Chapek). He is also accused today by the same aforementioned fake patriots and fake QAnons of being a Satanist, basing merely on the modern "Walt Disney" signature used by the company turned from conservative to liberal after his death, that would have, apparently, the number "666" in it.[6][7][8] However, Walt Disney's own actual and authentic autograph is different than the modern corporative yet still iconic one used today since after his death and has never been identical to all the other variations of his own.[9][10][11] Also, his homages to Christianity don't help these baseless theories and accusations. These accusations and lies come from divisive, ignorant, phony and disrespectful fakers, slanderers, parasites and (REAL) conspiracy theorists who are incapable to separate the man, Walt Disney, from what his company still using his name and image has become today since after his death. President Donald J. Trump praised Walt Disney, and in a 2022 interview he stated, after the modern liberal-progressive company openly admitted their woke and gay agenda, that "Walt Disney is looking down, and he's not happy with what they have done to his magic kingdom! It's a terrible thing!".[12]

Also, unlike modern Disney Company, Walt was strongly against by declaration to any sequels and remakes for his films.[13] 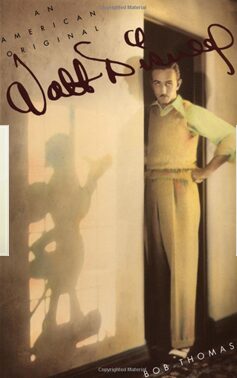