From Conservapedia
(Redirected from Never Trump)
Jump to: navigation, search

The Never Trump movement was a political group opposed to Donald Trump's candidacy for President, even after Trump became the front-runner in the 2016 Republican presidential race. The movement included neocons, globalists, Cruzites, Leftists, feminists, and pro-illegal immigration Democrats. There are also some liberal-leaning Republicans who declared their opposition to Trump. These Republican opponents included a handful of current and former elected officials, and a few mostly older commentators and academics. According to a 2019 journal article published by Cambridge University Press, Never-Trumpers are significantly less conservative than supporters of Trump.[1][2]

The term "Never-Trumper" refers particularly to Republicans who remain stridently, though often secretively, opposed to the Republican president. This includes a cluster of the Utah Establishment, for whom Mitt Romney is a puppet, and various neocons and Koch brothers types.

The stated reasons and motivations of Republican opponents of Trump varied. Some churches opposed Trump because they supported illegal immigration. A few Washington, D.C.-based pro-life organizations and in academia claimed that they opposed Trump based in part on his past comments about women, despite how that is a feminist objection and the current feminists generally support abortion. A "Catholic" letter was publicized against Trump, even though Trump's top campaign staff consisted of devout Catholics and he even spoke highly of Pope Francis, despite the Pope's harsh criticism of Trump's support for building a wall against illegal immigration. 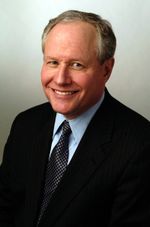 The Never Trump movement is largely synonymous with token conservatives – mainly RINOs and faux conservatives who the liberal media frequently promotes as "conservative" voices.[3][4] While they are in the extreme minority of the Republican Party, they are heavily promoted by the mainstream media which makes them appear more important than they actually are.[5] David Horowitz, a pro-Trump conservative, has identified two types of NeverTrumpers: those like Bill Kristol who hate Trump so much that they even oppose the most mainstream of his conservative policies and side with the Left, and those who claim to support some of the president's policies while still irrationally opposing him nonetheless.[6] Most NeverTrumpers are politically complacent, claiming to stand for conservative principles but being unconcerned of the advances of leftism and then criticizing President Trump when he actually tries to roll back their advances.[7] They also have the same low moral standards that they claim Trump has.[8] As conservative intellectual Victor Davis Hanson noted, NeverTrumpers are frequently found on left-wing media outlets.[9]

According to polling data (which proved inaccurate when trying to predict the general election outcome) Trump entered the 2016 Republican national convention with a majority unfavorable poll number among the entire American people, rather than just GOP primary voters, likely due to unrelentless leftist attacks against him.[10][11] Regardless, Trump won the primaries and the general election in a historic landslide, illustrating the American people's rejection of the Never Trump movement.[12][13]

By March 2016, over $63 million had been spent on ads attacking Trump.[14] Trump was attacked by 187 organizations directly funded by George Soros.[15]

The so-called "pro-life" letter against Trump

A letter signed by merely ten pro-lifers, two of whom were officers of the Susan B. Anthony List, a conservative organization that has been associated with feminism, criticized Trump on the eve of the Iowa caucuses. The letter expressly sided with feminist Megyn Kelly against Trump:[16]

There is nothing pro-life about the foregoing criticism. Feminists, as a group other than the individuals mentioned above, are generally big supporters of taxpayer-funded abortion.

"An Appeal to Our Fellow Catholics" letter

A so-called Catholic letter dated March 7, 2016 and containing 37 signatories—more than 20% who were associated with the "Ethics and Public Policy Center"—attempted to make a Catholic case against voting for Donald Trump.[17] Here is an excerpt from the letter, which was posted online by National Review:

One may question what, if anything, the above issue have to do with Catholicism.

The so-called "Conservatives Against Trump" rant in National Review

On Jan. 21, 2016, the neoconservative-leading National Review published a list of 22 individuals who oppose Donald Trump.[18] Most of these individuals are associated with the media, such as Glenn Beck.

Many of the Republicans who seek a new federal constitutional convention, or an Article V convention, refused to endorse Donald Trump. For example, Michael Farris stated that he would not endorse Trump. The Koch brothers also were anti-Trump.

Although Trump won a majority of Republican state primaries,[19] many states did not award delegates on a statewide winner take all basis. In addition, although candidates for convention delegates are pledged to specific Presidential candidates, in many cases the individuals selected to serve as delegates are not strong advocates for their pledges.[20] As a result, the Anti-Trump movement unsuccessfully sought to change the rules for the Republican National Convention to eliminate the requirement that delegates pledged to Trump actually vote to nominate Trump as President.

The size and influence of the Never Trump movement had greatly declined by Trump's first year as president.[22] Many never-Trumpers have refused to give Trump credit when he made a decision as president they liked. For example, while some Never Trumpers congratulated President Trump for declaring Jerusalem as the capital of Israel, others – even those known for supporting Israel – stayed silent on the declaration.[23] Many of them also criticized Trump's foreign policy because it put U.S. interests first,[24] and they took a knee-jerk stance against Trump's policies[25] – much of this was to preserve their social acceptance among the liberal elite.[26] Other never-Trumpers eventually warmed to president Trump after seeing his actions as president, and they acknowledged his achievements.[27] Trump succeeded in numerous issues where the Never-Trumpers and the GOP establishment failed.[28]

Conservative critics have described the "Never Trump" movement as useful idiots of the liberal media.[29] As seen with the quick firing of Never Trumper Kevin Williamson from The Atlantic due to his conservative pro-life positions on abortions, their knee-jerk opposition to President Trump did not cause the left-wing media to fully accept them.[30]

In April 2018, David Brooks, himself a Never Trumper, admitted that the Never Trump movement had failed.[31] If it had succeeded, the Supreme Court would have had a 6–3 Democrat majority by mid-2018.[32]

Many Never-Trumpers, despite claiming to be "conservative", openly advocated for electing Democrats in the 2018 midterm elections.[33] This came despite the extreme positions of Democrats.[34] Because of their irrational and reflexive opposition to President Trump, Never-Trumpers were often forced to either support far-left policies or significantly lessen their opposition to them.[35] NeverTrumpers who claimed to be "conservative" openly admitted that they would support far-left Democrats over President Trump.[36][37] Many "Never Trump" heroes, such as Anthony Scaramucci, are political moderates-to-liberals unfit to govern the U.S.[38] Some Never Trumpers chose to support left-wing Joe Biden in the 2020 presidential election.[39] While attacking Trump, Never Trumpers did not object to the Democratic Party's promotion of a radical left-wing homosexual agenda.[40]

Some Never Trumpers founded their own token conservative media organizations.[41]