BlackRock is a globalist investment management corporation based in New York City. The corporation was founded in 1988. BlackRock is the world's largest asset manager, with US$10 trillion. Among their management contracts is they are one of two companies which manage the Thrift Savings Plan, the United States government's version of a 401(k) plan for federal employees.

Their CEO and founder is Larry Fink who sits on the boards of the influential Council on Foreign Relations and World Economic Forum.[1] 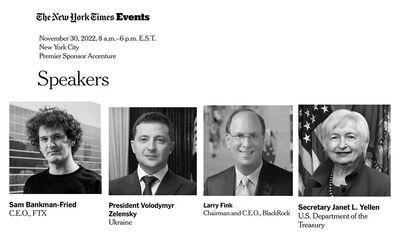 The influence of Blackrock is doubtful. On May 23, 2022 Blackrock announced a downgrade of its projection for the value of U.S. stocks,[5] and the stock market responded by sharply increasing in value immediately afterwards.