Fatah (Arabic فتح) is a Palestinian secular nationalist organization.[1] The name itself is a reverse acronym of Harakat al-Tahrir al-Watani al-Filastini. The organization's founder and leader until his death was Yasir Arafat.[2] It is currently headed by Farouk Kaddoumi, the secretary-general of the Fatah central committee. Politically, Fatah falls left-of-center, bordering on socialism. Fatah is a full member of Socialist International.[3] Mahmoud Abbas, a member of Fatah, is currently the president of the Palestinian National Authority.[4]

The official goal of Fatah is the "complete liberation of Palestine, and eradication of Zionist economic, political, military and cultural existence".[5] Its president Mahmoud Abbas stated that “there is no difference between our policies and those of Hamas.”[6]

In 2021, Fatah leader in Jenin Ata Abu Rumeileh: 'The battle will only be over when the "occupation" is removed from all of Palestine, from the Jordan river to the Mediterranean sea.'[7]

Since 1969, active in the 1970s-1980s, the youth movement of Fatah was child soldiers of Palestinian Lion Cubs.[8] Learned to hate Israel and develop a lust for killing by tearing a live chicken apart.[9]

Al 'Asifa (al Asifah, Asifa) mainstream armed wing of Fatah militant organization, its (Mohammed Said Musa Maragha: under his nom de guerre:) Abu Musa in Lebanon was among leading the 1976 Damour massacre[10] spiraling that country into an all out bloodshed.[11] Seven years later, Abu Musa gained notoriety as one of the leaders of a bloody mutiny against Arafat's leadership, [12] as Arafat became from an ally to an 'enemy' and Abu Musa had opposed any peace negotiations with Israel. He said in 1989 that Arafat should stand trial for "treason," for recognizing Israel and for abandoning the principles of the Palestinian revolution.[13]

In 1983, Abu Musa with Abu Saleh founded the Fatah-Intifada. In the wake of the PLO collapse after the 1982 war with Israel, these Fatah officers, with Syrian backing, tried to wrest control of Fatah from Arafat.[14]

Sheikh Jarrah neighborhood's Arab activist's role model is Dalal Mughrabi - terrorist murderer at most lethal terror attack in Israel’s history, known as the Coastal Road massacre, in 1978. She and other Fatah terrorists hijacked a bus on Israel's Coastal Highway and murdered 37 of the civilian passengers, 12 of them children, while wounding over 70. The Fatah issued her --in June-6-2021-- a congratulatory message: "May you live as a rebel defending our Jerusalem, like your role model Dalal Mughrabi."[17] 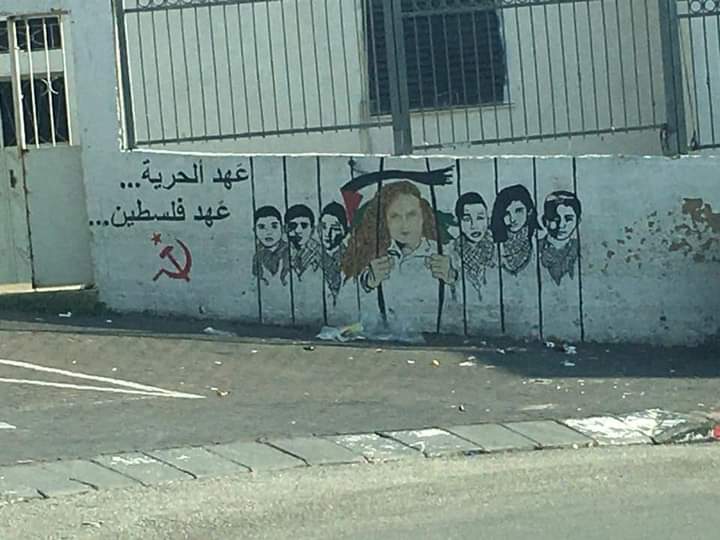 In Oct, 2021, Fatah official stated: ‘China will lead the world, and is on our side’, and warned the US to better get on board with its side.[18]