From Conservapedia
(Redirected from List of atheist shooters)
Jump to: navigation, search

As an atheist, the serial killer Jeffrey Dahmer engaged in cannibalism.[1] See also: Atheism and cannibalism

The following is a list of atheist shooters and serial killers. Atheists have a long record of being mass shooters and militant atheism in general has a causal association with mass murder.

Due to this fact, peer reviewed research published in academic journals has found that society-at-large is likely to hold atheists responsible for capital criminal acts and that even atheists are likely to assume that serial killers are fellow atheists.[2][3][4] Dressed in all black with his face covered, Antifa terrorist Connor Betts during the Dayton nightclub attack.[29][30] Betts stated “I want socialism, and I’ll not wait for the idiots to finally come round understanding.” 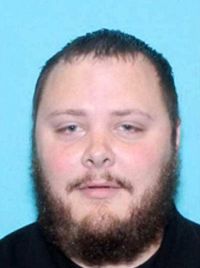 The atheist PZ Myers, quoting fellow leftist Alex Nichols, said that jibes associating outspoken atheists with neckbeards (among other things) caused many liberals/leftists to leave the atheist tent and those who remained for the most part lacked in social skills and self-awareness.[32] See also: Atheism and social skills

3. Tend to be proud, narcissists who crave attention (see: Atheism and arrogance and Atheism and narcissism).[36][37]

5. Many have interpersonal conflicts with family, friends, and colleagues at work or school (see: Atheism and social/interpersonal intelligence and Atheist factions)[39]

7. Often kill themselves or engage in "death by cop" (see: Atheism and suicide).[37]

10. Frequently are very unhappy people (see: Atheism and happiness and Atheism and depression).[41]

11. Many mass shooters are disgruntled people with a sense of entitlement (see: Atheism and gratitude and Atheism and envy).[36][38]

13. Many mass shooters have feelings of despair (see: Atheism and hopelessness and Atheism, agnosticism and pessimism).[43]

15. Some experts believe that a significant percentage of mass shooters have mental illness (see: Atheism and mental illness).[45][46][47]

16. According to Business Insider: "According to the nonprofit Everytown for Gun Safety, the majority of mass shootings in the US are in some way related to domestic or family violence. A 2018 Everytown report indicates that in at least 54% of mass shootings, the perpetrator also shot a current or former intimate partner or family member." (see: Irreligion and domestic violence).[48]

17. A little over third of the adult mass shooters had prior criminal convictions (see: Irreligious prison population and Religion and crime reduction).[39]

18. Often have health concerns which acts as a stressor in their lives (see: Atheism and health and Irreligion and recovery from illnesses and Atheism and life expectancy)[39]

19. Many are active on the internet and frequently it is found that they have posted disturbing things on social media and/or other websites (see: Internet atheism).