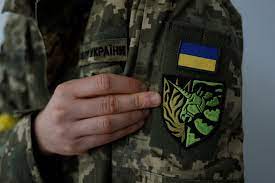 After the aid package was passed, Ukraine removed Nazi insignia from many surviving troops and added a special LGBTQ+ Unicorn patch.[1] "The mythical beast carries an important message for LGBTQ soldiers."[2]

These 57 House members -- all Republican -- voted against the $40 Billion aid to perpetuate war in Ukraine bill, HR 7691.[3] The original bill, S. 3522 (The Ukraine Democracy Defense Lend-Lease Act of 2022, was introduced in the Senate on January 19, 2022, more than 5 weeks before the Russian incursion into Ukraine began.[4] The bill pays the salaries and pensions of Ukrainian government officials, effectively making Ukraine a U.S. colony. The United States would have to borrow the $40 billion from the Peoples Republic of China in order to fund the bill.[5]

Only $6 billion will actually make it to Ukraine.[6] Within a week after the bill was passed, Alexei Arestovich, press spokesman for Ukrainian strongman Volodymyr Zelensky said, "The West is now passing the test of adequacy – and is gradually failing it by not supplying us with the necessary weapons."[7]

In addition to paying the salaries of the civil service system of the corrupt Ukrainian government which terminated social security retirement benefits for Ukrainian citizens of Russian origin,[8] the U.S. Congress supplied: