From Conservapedia
(Redirected from Lockdown)
Jump to: navigation, search 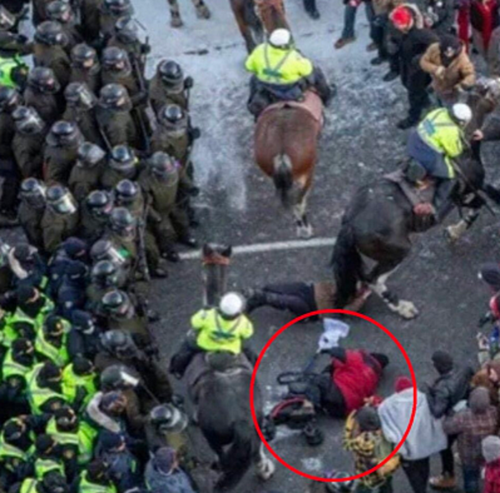 After the 1999 Columbine High School shooting, these measures and techniques were extended outside the prison setting to public schools by state officials in the event of public school shootings which became increasingly more frequent during the period of civic and moral decline of the Clinton administration and afterward. A generation of public school children were instructed what their role was in the case of the school administration ordering a lockdown, similar to an old fashioned fire drill or tornado warning, only more complicated to instruct and implement. Government offices at the federal, state, and municipal levels also adopted training techniques for government workers what to do in the case of an "emergency lockdown," as well as some private corporations and government contractors.

The concept was applied by leftists and globalists to populations across the planet after the invention of the coronavirus in the laboratories of the Wuhan Institute of Virology in the late 2010s. Lockdowns have become administrative state tool to restrict the free movement and free associations of free people, and restrictions on the movement and distribution of commercial goods and services. A lockdown is not a medical quarantine, as is often mistakenly believed.

Lockdowns in the West have strengthened Communist Party of China's control over the global supply chain. Lockdowns have caused the economy of the Peoples Republic of China to continue growing while other economies around the world, mostly free societies but not only free societies to shrink.[3]

Stay-at-home orders were executive diktats by governors or county officials commanding people to remain at home during a prolonged period of weeks or months, such as during an alleged public health emergency. These orders have been used largely by liberals in public office to attempt to illegally close churches and gun stores, in violation of both the First Amendment (covering the freedoms of religion and assembly) and the Second Amendment (covering the right to lawful gun ownership), as well as many stores, movie theatres, restaurants and schools, and usually have exemptions for abortion clinics[4] and liquor stores. This included 19 out of 26 Republican governors.[5] These orders often have dubious constitutional or legal authority; in fact, the same liberal public officials who hand down those diktats against the public frequently disregard their own mandates to do whatever they please (such as dining out in public) due to them being the liberal elitists that they are.

Penalties during the coronavirus crisis in 2020 were initially rare (so far), but have increased with the arrest of a pastor in Florida for holding a church service in alleged violation of a stay-at-home order issued by Hillsborough County,[6] even though he took numerous precautions against spreading the virus.

A study released in February 2022 by Johns Hopkins University confirmed "lockdowns have had little to no public health effects, while they have imposed enormous economic and social costs."[7]

“In March [2020] the Government was very worried about compliance and they thought people wouldn’t want to be locked down,” one SPI-B member told Dodsworth. “There were discussions about fear being needed to encourage compliance, and decisions were made about how to ramp up the fear. The way we have used fear is dystopian.”[8]

The RAND/USC study makes it clear that all the lockdowns accomplished was to add personal, psychological and economic devastation to the terrible personal and societal toll of illness and death.[9] "I can't breathe!" Arresting officer kneeling on the neck of the victim who allegedly violated fascist social distancing mandates.[10]

“When it became three feet, the basis for the CDC’s decision to ultimately revise it from six to three feet was a study that they conducted the prior fall [2019],” he explained. “So they changed it in the spring [2020].”[11]

A study by researchers at Brown University found that mean IQ scores of young children born during the pandemic tumbled by as much as 22 points while verbal, motor and cognitive performance all suffered as a result of lockdown. The study of 672 children born before and after the CCP pandemic began in March 2020 found that “[w]ith limited stimulation at home and less interaction with the world outside, pandemic-era children appear to have scored shockingly low on tests designed to assess cognitive development. ... In the decade preceding the pandemic, the mean IQ score on standardised tests for children aged between three months and three years of age hovered around 100, but for children born during the pandemic that number tumbled to 78,” the study found. Researchers concluded that the primary reason for the impairment on cognitive functioning was lack of stimulation and interaction at home. According to lead study author Sean Deoni, “The ability to course-correct becomes smaller, the older that child gets,” meaning that this inferior foundation is likely to impact the child throughout adolescence and into adulthood.[12] As Michael Curzon notes, all of these factors were exacerbated by lockdown measures which kept babies and young children away from other children, as well as mask mandates:

Children born over the past year of lockdowns – at a time when the Government has prevented babies from seeing elderly relatives and other extended family members, from socialising at parks or with the children of their parent’s friends, and from studying the expressions on the faces behind the masks of locals in indoor public spaces – have significantly reduced verbal, motor and overall cognitive performance compared to children born before, according to a new U.S. study. Tests on early learning, verbal development and non-verbal development all produced results that were far behind those from the years preceding the lockdowns.[13]

The Bible and health#Mosaic law and sound health practices