The above photograph shows the Russian Nikolai Khmara, a new Baptist convert in the Soviet Union, after his arrest by the KGB. He was tortured to death and his tongue cut out.[1][2] See also: Atheistic communism and torture

The atheism in communist regimes has been and continues to be militant atheism and various acts of repression including the razing of thousands of religious buildings and the killing, imprisoning, and oppression of religious leaders and believers.[3]

The persecution of Christians in the Soviet Union was the result of the violently atheist Soviet government. In the first five years after the October Revolution, 28 bishops and 1,200 priests were murdered, many on the orders of Leon Trotsky. When Joseph Stalin came to power in 1927, he ordered his secret police, under Genrikh Yagoda to intensify persecution of Christians. In the next few years, 50,000 clergy were murdered, many were tortured, including crucifixion. "Russia turned red with the blood of martyrs", said Father Gleb Yakunin of the Russian Orthodox Church.[4] According to Orthodox Church sources, as many as fifty million Orthodox believers may have died in the twentieth century, mainly from persecution by Communists.[5]

In addition, in the atheistic and communist Soviet Union, 44 anti-religious museums were opened and the largest was the 'The Museum of the History of Religion and Atheism' in Leningrad’s Kazan cathedral.[6] Despite intense effort by the atheistic leaders of the Soviet Union, their efforts were not effective in converting the masses to atheism.[7]

China is a communist country. In 1999, the publication Christian Century reported that "China has persecuted religious believers by means of harassment, prolonged detention, and incarceration in prison or 'reform-through-labor' camps and police closure of places of worship." In 2003, owners of Bibles in China were sent to prison camps and 125 Chinese churches were closed.[8] China continues to practice religious oppression today.[9]

The efforts of China's atheist leaders in promoting atheism, however, is increasingly losing its effectiveness and the number of Christians in China is rapidly growing (see: Growth of Christianity in China). China's state sponsored atheism and atheistic indoctrination has been a failure and a 2007 religious survey in China indicated that only 15% of Chinese identified themselves as atheists.[10]

Atheistic communism and the torture of religious adherents 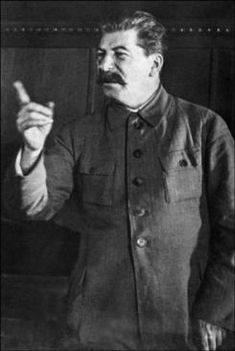 See also: Atheism and China and Persecution of Christians in the People's Republic of China

From 1961 to 1973, the North Vietnamese government and Vietcong held hundreds of Americans soldiers captive. Hanoi's Ministry of Public Security's Medical Office (MPSMO) was responsible for "preparing studies and performing research on the most effective Soviet, French, Communist Chinese and other ...techniques..." of extracting information from POWs. The MPSMO "...supervised the use of torture and the use of drugs to induce [American] prisoners to cooperate." Its role also "...included working with Soviet and Communist Chinese intelligence advisors who were qualified in the use of medical techniques for intelligence purposes."[26]

North Korea practices state atheism and belief in God is actively discouraged.[27] Open Doors, an organization based in the United States, has put North Korea at the very top of its list of countries where Christians face significant persecution - for 12 years in a row.[28]

In atheistic communist regimes forced labor has often played a significant role in their economies and this practice continues to this day (see: Atheism and forced labor).[30]

In 1955, Chinese communist leader Zhou Enlai declared, "We Communists are atheists".[31] In 2015, the Communist Party of China reaffirmed that members of their party must be atheists.[32]

Several researchers — for example, Canadian human rights lawyer David Matas, former Canadian parliamentarian David Kilgour, and the investigative journalist Ethan Gutmann estimate that tens of thousands of Falun Gong prisoners in communist China have been killed to supply a financially lucrative trade in human organs and cadavers, and that these human rights abuses may be ongoing concern.[33]

Atheism is an integral part of Marxist–Leninist/Maoist communist ideology (see: Atheism and communism). In 1955, Chinese communist leader Zhou Enlai declared, "We Communists are atheists".[34] In 2015, the Communist Party of China reaffirmed that members of their party must be atheists.[35]

The atheistic communist regime of China has a long-standing track record of persecuting religious believers. In 1999, the publication Christian Century reported that "China has persecuted religious believers by means of harassment, prolonged detention, and incarceration in prison or 'reform-through-labor' camps and police closure of places of worship." In 2003, owners of Bibles in China were sent to prison camps and 125 Chinese churches were closed.[36] China continues to practice religious oppression today.[37]

However, despite Chinese communists efforts to suppress religion, Christianity is experiencing rapid growth in China (see: Growth of Christianity in China).

Soviet Union and persecution of the Jews

According to the Jewish Virtual Library: